Nervous Woman Allowed To Play With Her Mobile Phone During Surgery. Photos

A Chinese woman was allowed to play with her phone during surgery because she was nervous. Ms Zhu, a 69-year-old patient, was too nervous to undergo an operation last month, so her surgeon allowed her to use her handset during the surgery as she said it could help her relax. 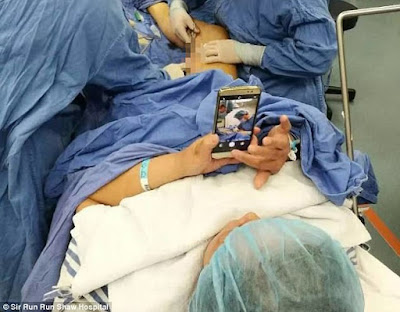 The patient, surnamed Zhu, had suffered from varicose veins on her right leg for more than a decade. The condition had prevented her from standing up properly. After experiencing immense pain caused by her swollen and stretched veins, Ms Zhu decided to undergo an operation to treat her condition.

The pensioner was extremely agitated because she had undergone a painful operation in the past and she was afraid of upcoming surgery. 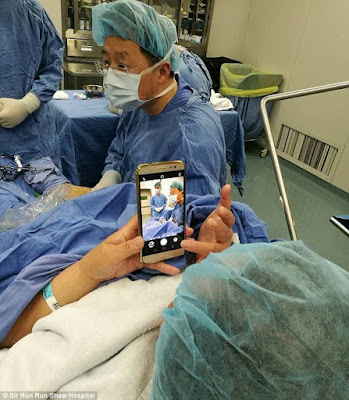 Normally, patient are not allowed to bring personal items into the operation theatre. However, the surgeon decided to break the rule and let her play on the mobile phone as a distraction.

The surgeon said that the patient also browsed her friends’ social media updates during the surgery.

Her phone was sterilised by alcohol swipes. The operation took half an hour and was a success. The patient left the hospital the same day. 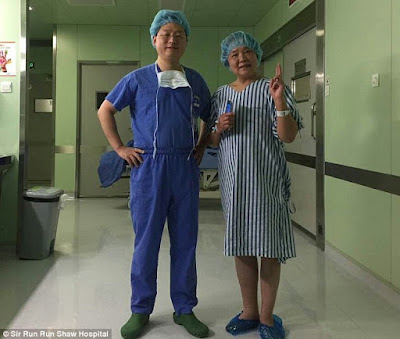 Nervous Woman Allowed To Play With Her Mobile Phone During Surgery. Photos added by Gistmaster on April 25, 2017
View all posts by Gistmaster →