Hong Kong-based e-commerce fashion site Goxip has received a vote of confidence from billionaire heiresses, socialites and influencers alike in its latest round of fundraising. The company founded by Juliette Gimenez raised $5 million in its Series A led by Chinese beauty filter app Meitu.

Gimenez, the former vice president of discount site Groupon Hong Kong and director of sales for LivingSocial in Asia, has a few heavy hitters on speed-dial these days. After winning a breakthrough startup pitch contest a couple of years ago, her website prototype caught the attention of Chryseis Tan, the daughter of Malaysian business tycoon Vincent Tan. The family’s interest spans property, gaming, and telecom. Her father is also the holder of McDonald’s franchise in his home country, and co-owns the Los Angeles Football Club with American comedian Will Ferrell, as well as Cardiff City, a team from the second tier of English football.

Within a week of sharing Goxip’s proposition with the Tans, $1.6 million of seed funding was committed. “We were flown to Malaysia and it was a handshake deal on the spot,” said Gimenez. The Instagram-famous CEO of Berjaya Times Square — an indoor theme park in Kuala Lumpur — with 250,000 followers is often spotted front row at couture catwalks. The blue blood millennial also holds the title of executive director of Berjaya Assets, which counts investments in cold-pressed La Juiceria, Thai restaurant Greyhound Cafe, and includes the Four Seasons Hotel Kyoto in her portfolio. The news about her high profile wedding to Faliq Nasimuddin, Malaysia conglomerate Naza Group scion, has been splashed across the tabloids. 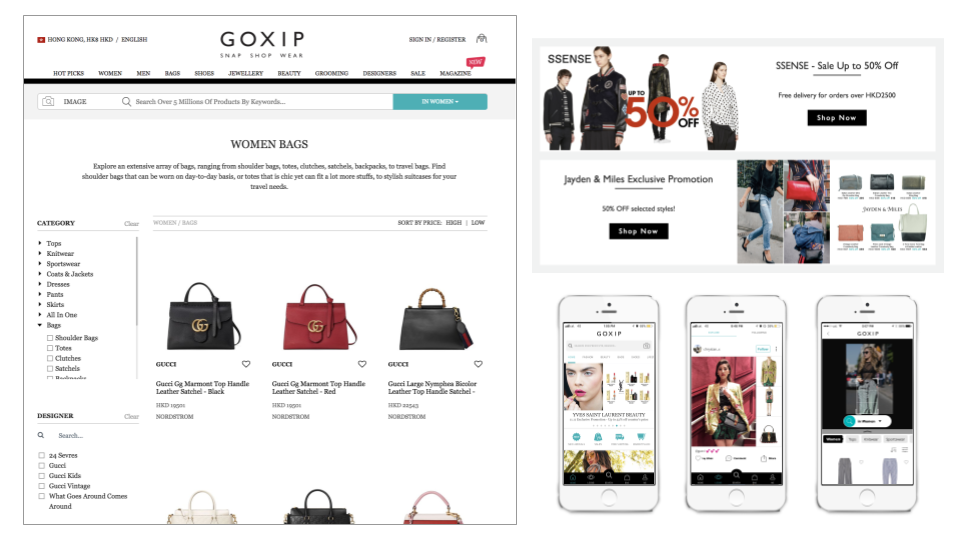 Moving in the same circle, Chryseis introduced Gimenez to fellow fashionista, Sabrina Ho — the eldest daughter of gaming magnate Stanley Ho who owns 19 hotels in Macau. When the 26-year old is not helping oversee her family’s development projects, she’s knee-deep in fashion and the arts. The young hotelier said she’s had her eye on Goxip since 2016. “They reminded me of Meitu, another investment I did previously,” referring to the publicly-traded company’s Hong Kong IPO. “It was a no-brainer for me to invest and more importantly introduce them to the Meitu team to explore synergies and international expansion,” added Ho, who claimed to be using the site even before she was introduced to the founder.

The selfie app developer also makes smartphones optimized with a DSLR-like front facing camera. Its extended platform Meipai has branched into live streaming to enable e-commerce.  Recognizing the potential of Southeast Asian markets, Gimenez says they hope to leverage Meitu’s 400 million monthly active users. “Not only do they provide strong financial support, but they are a strategic investor and there’s a lot of know-how that we can learn.” 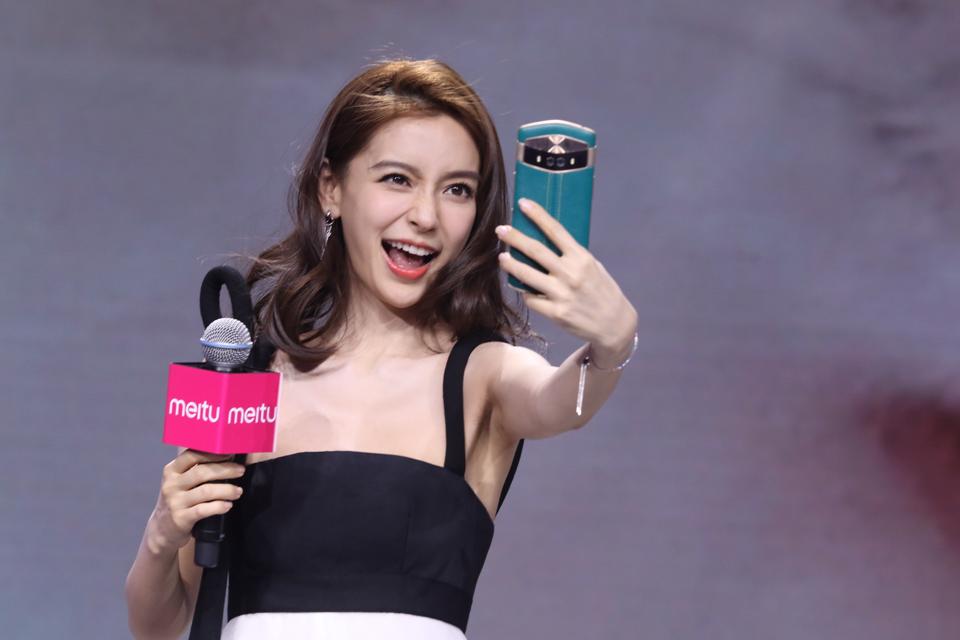 Other well-heeled debutantes quickly fell in line to take part in what they see as the RewardStyle of Asia. Helping bloggers monetize, the U.S.-based fashion startup kicked off a retail revolution that reached a billion dollar in sales. Iman Allana, the Cambridge-educated daughter of an Indian multi-billion dollar food giant joined by way of Chryseis’ introduction. And Hong Kong socialite Carmen Yim, who’s name often graces the pages of Tatler, went in on the round as well.

The return of textile

Like many startups, Goxip took off under the guidance of an incubation program — The Mills Fabrica — a springboard for ventures at the intersection of fashion, and technology. The backstory of the incubator traces its roots back more than 60 years to Nan Fung Textiles. The privately held industrial giant has since evolved into shipping, property, and financial services. In an effort to revitalize its old cotton mills no longer in operation, the granddaughter of the textile mogul, Vanessa Cheung, took an interest in bringing the factory warehouses back to life. While the physical space “The Mills” is still under renovation and set to open later this year, a Fabrica Fund has begun investing in entrepreneurs and providing mentorship. 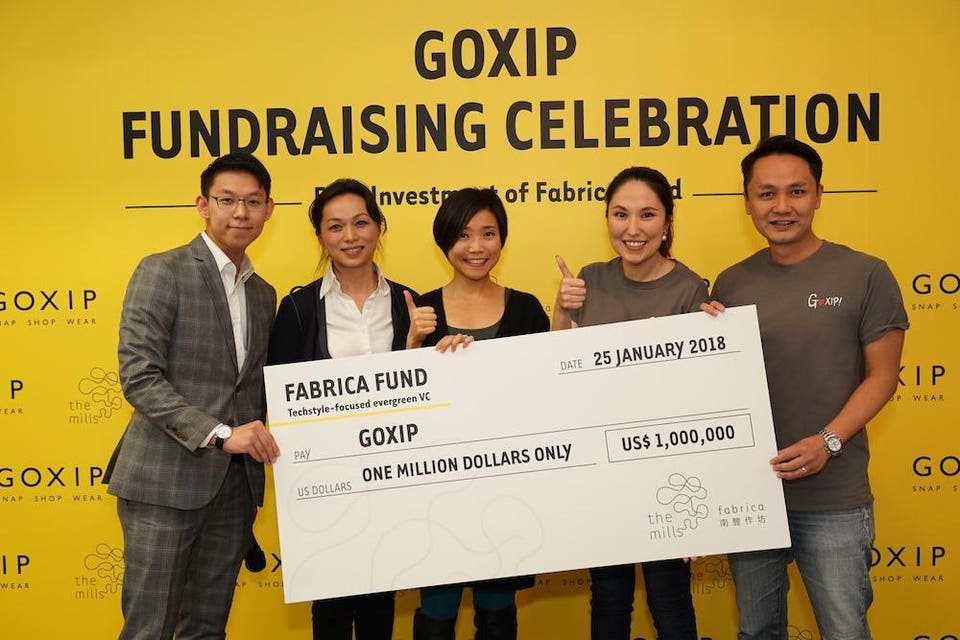 A Harvard design school graduate, Cheung justifies the funds first project investment: “They [Goxip] are creating a global community of fashion and beauty lovers on their platform that enables a new form of retail through social commerce,” she said. “Their app effectively combines image recognition technology with a platform allowing users to follow influencers they admire.”

Influencers, or KOLs (key opinion leaders), refer to people with large online followings. With Goxip’s RewardSnap, content creators receive a commission when followers buy the items featured in their post. Before this data technology was implemented, style-influencers would only be compensated on a one-off basis arranged with brands through a prior agreement. But now, “you can post on the platform, tag the product, and get paid [when a purchase is made],” said Gimenez. From a brand perspective, this is a quantifiable way to measure “conversion rate,” or how much business each KOL is bringing in. 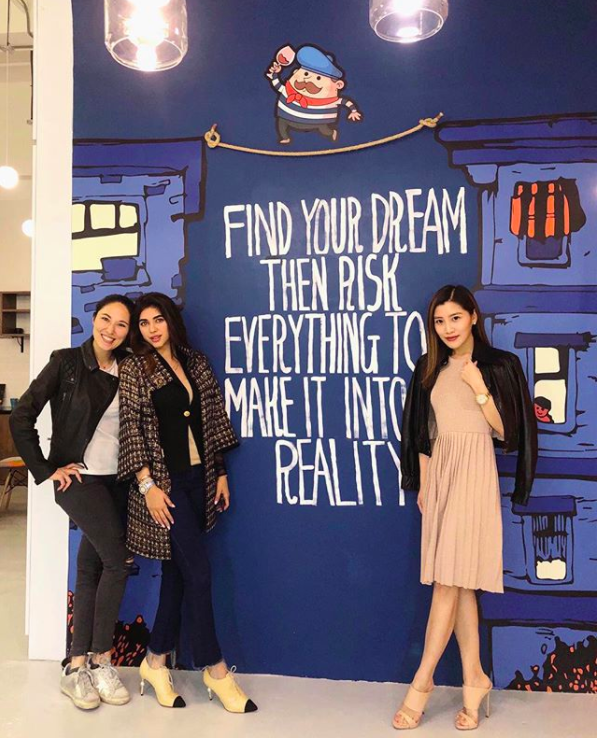 With more than 500 merchants and some six million products featured on the site, Goxip has been called a “shoppable instagram” or “fashion Google.” Several companies including Kim Kardashian’s ScreenShop, and model-turned-style icon Alexa Chung’s VILLOID are also venturing into the space. But none are servicing the local market where Goxip has a strong foothold with the backing of Asian socialites to turn clicks into cash.

Billionaire Heiresses And Beauty App Meitu Are Backing This Female Fashion Marketplace Founder added by gistmaster on February 16, 2018
View all posts by gistmaster →

THE MAN WHO WILL DO DAKORE's BRIDAL MAKE UP WIZKID, 9ICE TO PERFORM AT SUNNY ADE AND OBEY’S CONCERT IN LAGOS
POLICE INTERROGATE BILLIONAIRE's SON , FATHER TO THE RESCUE