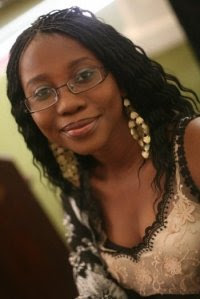 Brilliant Lagos lawyer, Miss. Bamidele Seun Fagbohungbe is getting set to be married to the man of her dream at an elaborate ceremony in Lagos, Nigeria. According to information at the disposal of http://www.niyitabiti.blogspot.com/, the lucky man is Murtala, one of the sons of former military governor of Lagos State; Brigadier General Raji Rasaki (retd).
Seun’s father is a respectable member of the legal profession. Little wonder, he was elevated to the prestigious rank of Senior Advocate of Nigeria (SAN) some years ago. Perhaps, this explains why his daughter did not look far before getting a role model. The bride to- be, attended University of Kent at Canterbury and later bagged a LLM in Maritime Law at University College, London in 2006.
Expectedly, several important dignitaries within and outside the country would attend the function. It’s a party that would have all the trappings of glamour and royalty.
According to invitation details, the traditional wedding would be taking place on Thursday 30 October 2008 at Victoria Island.The holy matrimony would follow on Saturday 1 November 2008 at Marina.Reception is scheduled to hold on the same day in Lagos.