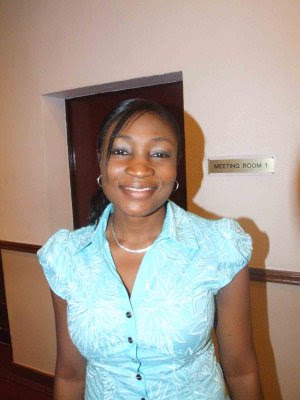 Last weekend would forever remain remarkable in the lives of the Alaos and the Ogunshola as their daughter and son exchanged marital vows in Lagos.

The long and short of their love story is that they both met at the airport.Jumoke was on her way to the US while Dapo was on his way to Canada.Funke Awobokun of Cocktail in and Out took charge of their cocktail and need we say more?She’s fabulous!!!

Remember, Jumoke who used to do this and that at EKO FM, came at a time the station was looking for a replacement for Jumobi Adegbesan,who got married to RMD.Hmmm…RMD,wise guy!He knew too many admirers would be feasting their eyes on his wife.

NEPA + Petrol tankers strike is equal to no light.lol