MTV, LG MOBILE AND FRIENDS CELEBRATE 5 YEARS OF MTV AT TRIBECA IN LAGOS 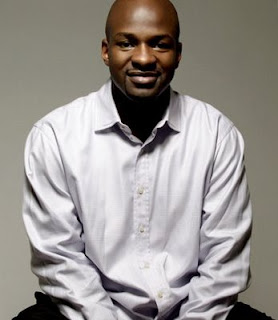 Lagos, 12 March 2010: MTV today reinforced its commitment to the African music industry at a dazzling birthday party celebrating the fifth anniversary of pan-African music channel MTV base (DStv Channel 322, STV, AIT and Daarsat).  Held at Tribeca, Lagos, “MTV 5 on It”, sponsored by LG Mobile, marked 5 years since the launch of music channel MTV base, and parent company MTV Networks Africa.
Lining up to salute MTV at the luxurious, chocolate-themed event were the stars of the contemporary Nigerian entertainment scene, while MTV VJ Cynthia “C-Von” Okpala was MC, keeping the proceedings rolling along as more than 800 VIP guests partied the night away.
Highlights of the evening included explosive live performances from Omawumi, eLDee, BankyW, Naeto C and M.I. plus rousing DJ sets from DJ Jimmy Jatt, DJ Humility and DJ Fidgit.   The evening also featured a presentation from Alex Okosi, Senior Vice President and Managing Director, MTV Networks Africa which tracked MTV’s remarkable journey in sub-Saharan Africa including landmark moments, groundbreaking programming and defining events from the past five years.  Attendees saw highlights from the official MTV base switch-on ceremony on 22 February 2005, the inauguration of the MTV Africa Music Awards in 2008, the MTV base 100th Live! concerts in Abuja and Johannesburg, the MTV Making the Video project, the first ever MTV base VJ search, plus TV series Player and Shuga.  Double MTV Africa Music Awards winner M.I. led the audience in a chorus of “Happy Birthday.”
Commented Alex Okosi, “MTV has been on an extraordinary and exciting journey over the last five years and we are immensely grateful to all our viewers and our friends and allies in the music, business and media communities who have helped MTV Networks Africa pursue our dreams in Africa.  We look forward with great anticipation to the next five years as we continue to evolve into a fully fledged entertainment multiplex delivering high quality thematic entertainment to millions of people on the African continent every day – from kids to adults.”
The MTV birthday party is brought to you by MTV Networks Africa sponsored by LG Mobile and supported by Rhythm FM, Southern Sun and Christian Audigier champagne.

MTV, LG MOBILE AND FRIENDS CELEBRATE 5 YEARS OF MTV AT TRIBECA IN LAGOS added by gistmaster on March 18, 2010
View all posts by gistmaster → I Have Never Been Laid-Sexy singer Adokiye