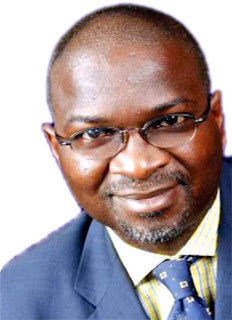 Organizers of Enough is Enough, a peaceful demonstration against bad leadership in Nigeria has told the press and Governor Babatunde Fashola of Lagos that the commissioner of Information in the state,Mr. Opeyemi Bamidele lied when he said the rally did not follow due process and approval of the state government.
In a press release earlier released by the Commissioner of Information and Strategy,Lagos State, which was already in the hands of the organizers, the commissioner stated that the organizers did not follow the process of informing the governor’s office or the government of Lagos.
However, the organizers who are mainly youth says that the Lagos State commissioner or whosoever prepared the statement for him was being economical with truth.As they informed and also got a response from Governor Fashola’s office weeks ago.The acknowledgment letter, they stated was signed by the office of Chief of Staff to Governor Fashola on March 30, 2010.
They also said the Lagos State Commissioner of Police was duly informed and they got a swift response.The police were also at the rally.
They also said that the protest is not against the Lagos State government or Governor Fashola, it is a national campaign aimed at changing the socio-economic and political system that is not moving the Nigerian nation forward.
Enough is a Enough is the brain child of several educated Nigerian youth who are protesting against maladministration, lack of efficiency and transparency in government, Epileptic electricity power supply and other vices contributing to the backwardness of Nigeria as a nation

WHY GTBANK IS SPONSORING THE LITTLE BIG CLUB LIVE IN CONCERT IN NIGERIA
UPDATE:MOST EXPENSIVE HOTELS IN LAGOS
WORDPRESS OR BLOGGER:HOW TO RUN YOUR OWN NEWS WEBSITE
PHOTOS FROM ENCOMIUM BLACK AND WHITE BALL 2011 IN LAGOS
LINKS TO LATEST LIFESTYLE AND ENTERTAINMENT NEWS IN NIGERIA