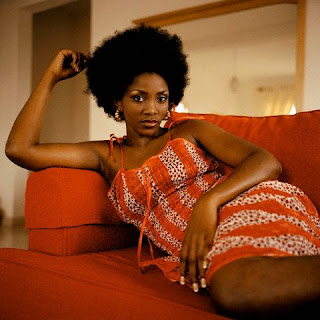 ‘Nollywood star, Genevieve Nnaji is more popular than Nigeria’s president,Mr.Umaru Yar’Dua’ .This is the outcome of a shocking research jointly conducted last month by Astaroberts,EMMS New York and Gistmaster.com .According to findings, more people are likely to search for Genevieve Nnaji’s name online than that of Mr.Yar’Dua.
The research also show that more people are likely to engage in topic concerning Genevieve than Mr.Yar’Dua. Findings also show that the Wikipaedia of Ms.Nnaji has more traffic than that of Mr.Yar’Dua.The same goes for another Nollywood actress,Ini Edo.Research from hundreds of blogs and websites also show the same figure in favour of the nollywood stars.
Genevieve gathered more figures than the President of the country.This is another testimony that Nigeria film industry players are more popular than the political class.Is Genevieve likely to win an election where Mr.Yar’Dua is involved? NIGERIAN NURSING ASSISTANT ARRESTED IN THE US FOR FONDLING PATIENT
FIRE GUTS CITY MALL ONIKAN
READ WHAT BOB DEWAR,BRITISH HIGH COMMISSIONER TO NIGERIA HAS TO SAY ABOUT LAGOS