Nigeria celebrity screen goddess, Dorisha George of Hip on TV has denied speculation making waves in the entertainment circuit that she and her colleague, Dayo Ephraim are dating. The pretty presenter told gistmaster recently – “I heard people saying Dayo and I are dating just because they see us together. We are friends and nothing more” 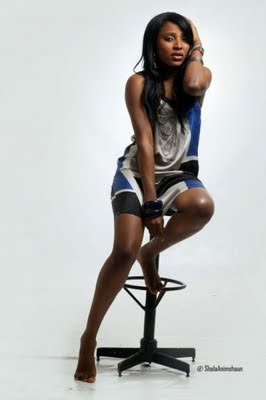 When gistmaster asked her about the lucky man amongst the long list of admirers who make advances towards her, she laughed, insisting that “That is what people think. But the truth is that most of them get scared  away because they see me with Dayo”
So when next you see her, be bold enough to say your mind, Dayo is no stumbling block!!! 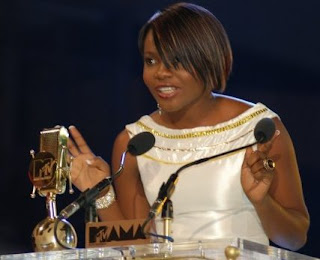 Titled MTV base.IQ Sweetened by Buttermint, the new Programme is a
quiz show aimed at setting musicians, DJs, sports stars and
celebrities against die- hard music fans. The project according to MTV
base spokesperson “will be the ultimate trial of Nigerian youths’
music know-how and the latest ‘street’ culture

Recorded in various campuses, neighborhoods and local spots around
Lagos, Base IQ’s major aim is to give young Nigerians the chance to
represent where they come from by putting their musical knowledge to
test how well do they know their favourite music stars? How well can
they rock the mic and work the stages? How well do they even
understand the music scene?

“I can’t wait to get out on the road with Base IQ,’’ Cynthia says. ‘’
Seeing celebrities compete with music fans in a test of their music
knowledge will be riveting television entertainment.  Can you beat
your music heroes at their own game? – that will be a sweet victory
indeed!” she concluded.

Although these days, Cynthia’s contract with MTV base has taken her
all over the continent including recent trips to Nairobi and South
Africa, Miss Okpala is always keen on applying her talents in new
directions. She currently combines her MTV duties with high profile
gigs as a radio DJ and actress, co-hosting the ‘MTN Yellow Top 10
Countdown’ which is syndicated on 40 radio stations across Nigeria and
starring on the MNET series ‘Tinsel’ as “Ify”

The show will be supported by Trebor Buttermint and fans will be able
to participate by logging on to MTV Base official website
www.mtvbase.com. Tosyn Bucknor Hosted Steve Babaeko,Lamide Akintobi and others at her lifestyle event, Brunch with Tosyn
HOUSE OF GINJAH CRUMBLES AS TERRY G MOVE OVER TO NOW MUZIK
WHAT IS WRONG WITH OKOCHA's NUMBER 10 HANGOUT?