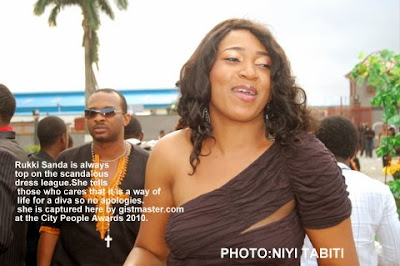 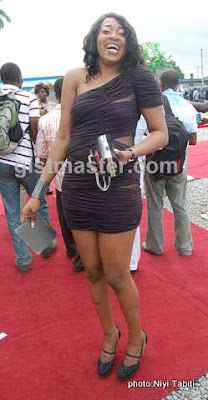 Rukki Sanda is no more a rookie in Nollywood. She has added her bits to the growth of the industry, though there is still plenty of rooms for improvement on her part. When it comes to Red carpets affair, she is always all out for her designer outfits.gistmaster has taken plenty of her scandalous outfits. She once told gistmaster at an event in Lagos that she wear whats suits her and she has no apologies, stating that her legs and looks are proudable assets.Hmm…we believe her!!! Rukki was captuted in these photos on Sunday 18 July 2010 at City People Entertainent Awards in Lagos, Nigeria.
Susan Peters in a ZIZI LOOK! 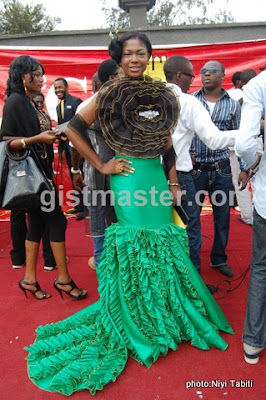 Fast rising actress, Susan Peters came prepared for the 2010 City People Entertainment Awards and she captured many eyes with her floor length gown. According to a female celebrity who stood beside gistmaster at the event, “Susan is a true reflection her hollywood dreams.The whole package is her effort at replicating what the big time world celebrities wear to the Oscars and other awards”
Susan was all smiles as paparazzi feasted on her with thei cameras as she entered the event.In a chat, she told gistmaster that the backless gown was made by award winning Nigerian designer, Zizi Cardow. 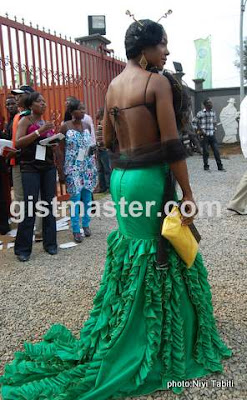 What a nice gown! Bt trust,the designer, Zizi has never won anything as long as this in her entire life.lol…She loves her dress, short and made with local fabrics.
Show Off Extravaganza:Dudu Heritage and Bimbo Oshin 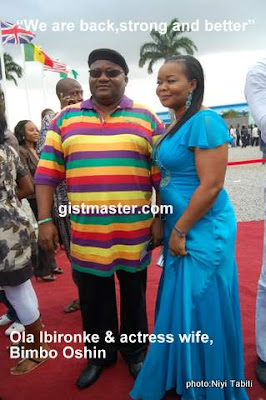 One of the great surprises of the City People Entertainment Awards 2010 was the presence of popular music and movie promoter, Ola Ibironke of Dudu Heritage and his wife Bimbo Oshin. So many people had thought that they would not be able to make up after allegations and conter allegations of infidelity. To many who watched them coming together to the ceremony, it was like a bold statement to critics of their union that “We are back, stronger and better”.
They both look trimmer. Ola Ibironke who is one of the biggest benefactors of many yoruba musicians sch as Obeseere and King Wasiu Ayinde Mashal, met and married Bimbo Oshin, a yoruba actress some years ago after a long period of denying the relation in the press. 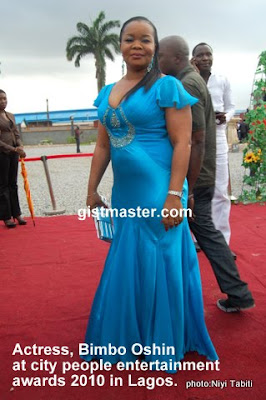 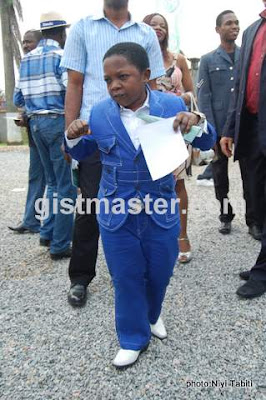 Funny kid star, Chinedu of the Aki and Paw Paw fame was  on top of his fashion game as usual when Gistmaster saw him at the 2010 edition of the City People Entertainment Awards 2010.He came wearing a mamba suit and he was accompained by two of his aides.He appeared to have enjoy all the thrills and frills of the red carpets but i am sre he must have been a little bit embarrased by his designer who also followed him to the event. When gistmaster asked the designer, the name of his fashion label, he said, Jovani. Later he said, Enough Couture! The young man is based in Aba.
Just imagine how funny it would have been if a Donatella Versace get confused with the name of her own label right there on the red carpet. Well, it happens here.lol 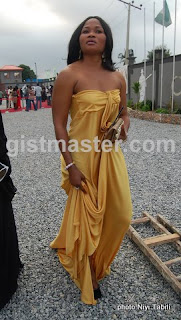 Eunice Efola was there too!

Eunice Efole was also at the 2010 City People Entertainment Awards 2010 on Sunday 18 July 2010 in Lagos. Well, before yo start to have another impression, Eunice is not aan actress.Ohh..far from it. She doesnt sing too. She is simply a “Big Girl” (I am still looking for the proper defination of that appellation). One thing for sure is that  Eunice is well connected to all the biggest boys in the social and business community. She also has the buttons of many of those in the corridors of power.
By the way, the fashion loving lady opened her own eye popping house in the elitist Lekki Phase 1

More photos and gist coming your way soonest from gistmaster