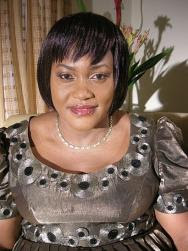 Joan Elumelu Okorodudu, the Founder of Isis Modeling agency in Nigeria and South Africa,is set to retire from active service soon. Sources very close to the 52 year old Okorodudu told gistmaster.com that she has already made up her mind to retire as the boss of Isis after this year’s edition of Nigeria Next Supermodel. “This would be the fourth season and she is willing to move to other business areas” disclosed the source. 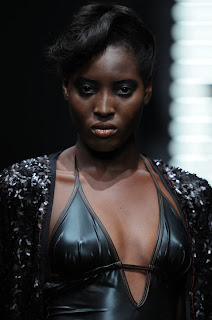 Impeccable sources within the four walls of her Ikoyi home also told gistmaster.com that Joan would be handing over the company to Bunmi Ademokoya, someone she considered competent, experience and loyal. Bunmi is a director of the company right from inception and she would be there to manage the workloads of company. She would be expected to represent the company at various levels. Last week at the casting of this year’s Nigeria Next Supermodel, Bunmi was actively engaged, while Joan sat within the audience with lesser contributions.

In a phone interview with gistmaster.com, Mrs. Okorodudu was not categorical about her retirement plans but affirms that she has made valuable contributions to the modelling and style industry in Nigeria. So there is a need to let someone younger and experienced to handle things. I have already made my mark.Anyone who will be in control will surely have a free hand” she said.

The much anticipated wedding between Bisola Fajemirokun and Bolaji Folawiyo was put on hold due to what sources describe as a major misunderstanding between parents of the bride.

Sources told First Weekly, a Lagos based tabloid that billionaire businessman and father of the bride, Chief Dele Fajemirokun was displeased after certain things put in place by his ex-wife, Pricilla Soyemi and her best friend, Daisy Danjuma.We gathered that he consequently sent the clerics that were to come and pray for the couples away in anger.

At the moment, gistmaster.com gathered that another arrangement has been put in place. The wedding is now expected to hold this August in London, United Kingdom.
After the Bella Adenuga and Disu wedding in Lagos, this would have been the most talked of the town wedding. The bride’s father sits on top a vast business empire. He has friends within and outside the corridors of powers. He is in charge of the Henry Fajemirokun group of companies and they have vast interest in Rank Xerox, Chicken Republic,AIICO Insurance amongst other companies in Nigeria.
The bride’s mom is an A class socialite. She has friends who are well to do. Her closest pal, Daisy Danjuma is the wife of Nigeria’s former defense minister, General TY Danjuma.Daisy is a former Senator and a billionaire herself.
The groom to be is the son of one of Nigeria’s richest men of all times, late Alhaji Yinka Iyanda Folawiyo, Baba Adinni of Nigeria. The family business includes interest in telecom (MTN Nigeria),cement, oil and gas, property, shipping etc (Yinka Folawiyo group)
-Adeola Macaulay