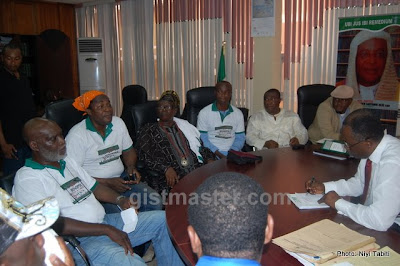 Mr. Mohammed Adoke (SAN), the Nigeria Attorney General and Minister of Justice has proved so far that he is a gentleman whose status befits the political office that he is holding. Those who have been watching the AG says he has re-branded the office, which used to seen as a depot for politicians who want to evade justice durning the era Mr. Aoadoakaa. 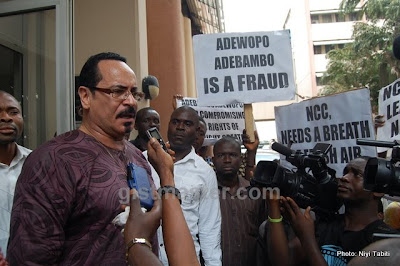 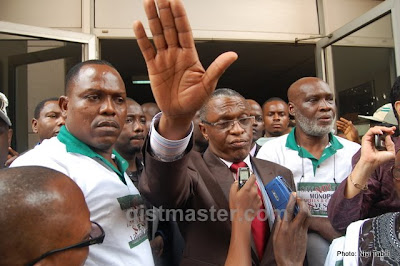 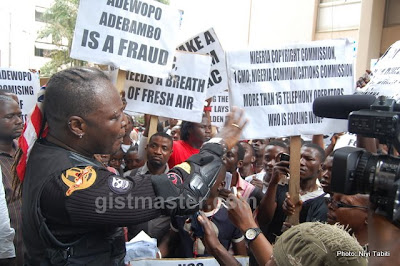 Last Thursday,gistmaster was in the office of the minister and the man was very bitter with the conduct of the Director General of the Nigeria Copyrights Commission (NCC),Mr. Adewopo Adebambo. Adoke said this while receiving Charly Boy, Keke Ogungbe and the chieftains of the Musical Copyrights Society of Nigeria (MCSN) who led a protest to his office.They came to protest what they call arbitrary use of power by the DG over copyrights issue. They also said that the DG pronoucement that only Copyrights Society of Nigeria (COSON) should be seen as the only collecting society in Nigeria.The protesters said the action of the Director General negates the principle of democracy and freedom of association.They wonder why he is partial in the whole issue. 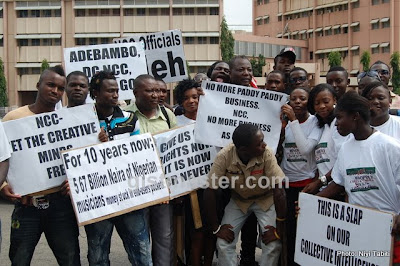 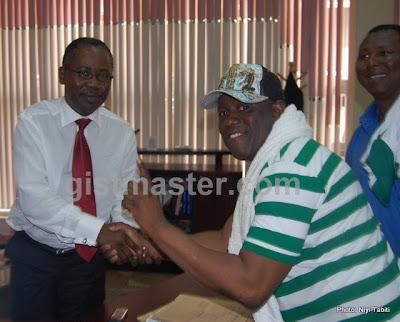 In his response the Minister of Justice, Mr. Adoke said he has not been impressed so far by the way the Director General has been going about the whole matter. He also stated that since he got the petition from MCSN, he forwarded it Adebambo for his response but up till that moment, He was yet to reply to the allegations contained in the petition. 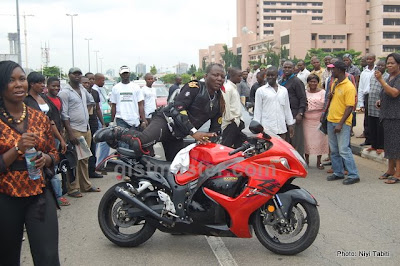 Adoke promised to deal decisively with any ‘element’ that want to make sure that the government of President Goodluck Jonahan is  not moving forward.

NIGERIA ATTORNEY GENERAL SAYS HE IS WORRIED OVER NCC DG ANTICS added by gistmaster on August 10, 2010
View all posts by gistmaster →