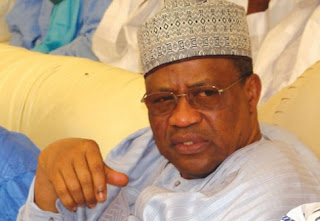 Top contenders for the the 2011 presidential election have resolved to present just one candidate against incumbent President Goodluck Jonathan.This information came just as some television stations in Nigeria carried a news alert this afternoon.
Gistmaster Online gathered this afternoon that those that ex-military ruler, General Ibrahim Badamosi Babangida (IBB), Former vice president,Alhaji Abubakar Atiku, ex-National Security Adviser, General Gusau and the president Chairman of Governors Forum, Dr.Bukola Saraki-all of whom have declared their presidential ambition, decided that they should present one single candidate amongst them, while others should use their resources and tel supporters to support them.
Meanwhile,President Goodluck Jonathan  who declared his ambition to run for the presidency on Facebook, would formally declare tomorrow at Eagles Square, Abuja.

NEWS ALERT:IBB, ATIKU,GUSAU,SARAKI TO PRESENT ONE CANDIDATE added by gistmaster on September 17, 2010
View all posts by gistmaster →