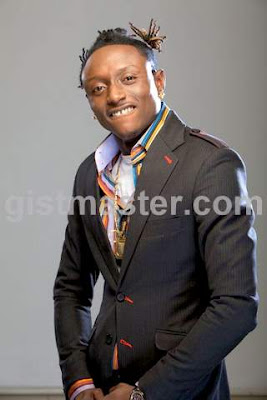 By Folake Alu/Gistmaster.com
‘Madly creative’ singer, Terry G is receiving treatments after a terrible auto accident that nearly claimed his life recently.Sources disclosed to Gistmaster.com that soon, he may have to be flown abroad to enable him get back to business quickly. The multiple award winning singer who popularized slangs like ‘Ginger the swagger’, ‘Free madness; accident is coming few months after one auto accident claimed the life of promising rapper, Da’Grin in Lagos, Nigeria.
While everyone is praying that Terry G should live to talk about this experience, fans of the the producer cum singer has been concerned about contradictions coming from his various facebook account facilities. While one confirmed that he is still in the hospital, another wrote that those saying that Terry G is unconscious or hospitalized should shut up because “there is nothing wrong with me” LATEST NEWS:TERRY G SAYS “I DID NOT MARRY SECRETLY”