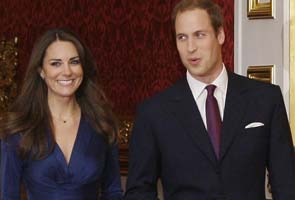 By Niyi Tabiti
Princess William and his fiancee, Kate Middleton are getting prepared what has been dubbed the mother of all weddings. Though we know they wont wear more than clothes that day but it is sure the world most anticipated wedding of all time with, embedded with all the trappings of British royalty, affluence and first class guests from all over the world.
Research carried out by Gistmaster shows that most hotels in London and its environs are already getting booked up for the elitist wedding. Prince William, the grandson of the Queen Elizabeth of England wants to be his best on that day.
For now, no one could say the budget of the state wedding but certainly, it would gulp some millions of pounds sterling.As it is, Kate now has a chance to bear one of the future Kings of England.If she gives birth to a girl and then a boy, the girl would be bye passed and the crown would go to the son. That is a rule that have been subsisting for more than 300 years now.
The question, which many people are trying to find an answer for remains- would Kate have the charisma, the fashion power of influence of her deceased mother in law, Lady Diana? Only time will tell but some information pieced together in the British press shows that she has the tendency of a less flamboyant lifestyle.
To see Gistmaster official website go to www.gistmaster.com

Details of Ooni Ogunwusi wedding to Wuraola Obanor in Benin and Ife
PHOTOS FROM BUKKY OLANIPEKUN AND TOMI ARAROMI WEDDING TODAY IN LAGOS,NIGERIA