GBENGA DANIEL TELLS OLURIN “YOUR FOREFATHERS WILL GO TO JAIL” 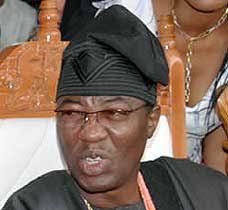 Anger and vituperation is the new style of politics in Ogun State as the incumbent governor, Governor Gbenga Daniel and the candidate of the Peoples Democratic Party (PDP), Chief Tunji Olurin continue to trade words in public. Daniel who was speaking at an event in Ijebu Ode said it is Olurin forefathers that will go to jail not him. This was in response to a recent statement credited to Olurin that he would send Daniel to jail for perpetuating corruption and mismanagement of public funds in Ogun State. 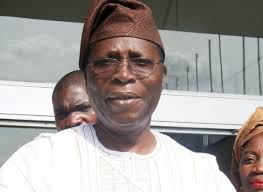 Daniel is expected to leave the saddle of leadership by 29 May 2011. Olurin was brought forward by the Obasanjo caucus of PDP in Ogun State.

GBENGA DANIEL TELLS OLURIN “YOUR FOREFATHERS WILL GO TO JAIL” added by gistmaster on March 25, 2011
View all posts by gistmaster →