MISTAKES CELEBRITIES MAKE WITH THE MEDIA 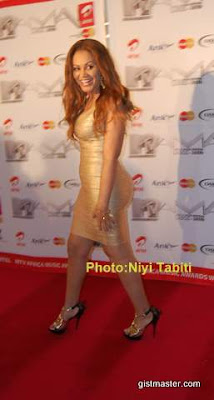 By Gistmaster
THE MOUTHPIECE
One of the top mistakes most celebrities make is not having a clear definition of the importance of having a spokesperson. Some celebs think its okay being their PR person by themselves wrong! How many times do you want to speak to journalist defending yourself or writing a statement all by yourself while at the same time performing your professional role?
One thing gistmaster noticed is that most people who tend to say that they spokespersons of a particular star don’t usually have a contract with them. I know about 4 or five persons who says they are the PR person of a particular star and I believe that if that star is paying them, he can’t engage all of them. It is confusing. I know a few who has their own properly mapped out. The likes of Darey, Tuface Idibia and a few others have just one person as their spokesperson. 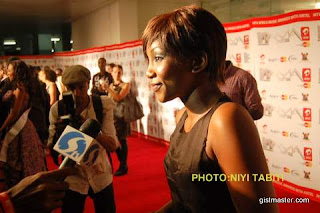 ACCESSIBILITY- Most media practitioners pointed accessibility as one of the major problems between the media and celebrities.
Many celebs who think they have arrived form the ‘I am big’ attitude forgetting that these same reporters helped them with achieve that popularity.
One our resource persons for this research, Mr. Amadi Ogbonaya, the entertainment editor of Vanguard Newspapers said  “before becoming super stars, the media was there, they have known the stars before they became big. After becoming popular, some of them create a wall so that they can’t be reached by media guys who happened to be their friends on their way up”
You have to ensure that the media can reach you so that if they want to clarify information, they can easily do that. Otherwise, unverified stories will continue to thrive on the person.
THINKING BAD PUBLICITY IS GOOD PUBLICITY: Thinking bad publicity is good publicity is a wrong notion. Thinking that way is like comparing a bathroom to the atlantic ocean. Ask Tuface Idibia, Shina Peters and others. A lot of artiste think they are sex symbols. It is good for people to assume but not to see you do it. A lot of women hated the fact that Tuface or Sir Shina Peters have several children and women all over the place. They believe that it is lack of respect for women. Tuface a condom advert job!
Corporate organizations use media reports in their job offers for entertainers.
MISLEADING THE MEDIA– The entertainment industry has a lot to do with hype but what most people don’t know is that there is something special about whatever they do. If for instance, a star like Genevieve is staying in Ajegunle, there is an angle to the hype that can come from that.
Gistmaster noticed that most celebs tend to mislead their client in a bid to outshine their contemporaries. Someone almost stained the relationship I have built for many years with a fellow blogger when he lied that he was about getting married to an ex-beauty queen.
Nadia Buhari got sacked by her PR company recently when she misled the company into believing that she was wearing Oscar De La Renta dress at the Pan African Film Festival in the US. Gistmaster.com Oscar De La Renta almost threatened to sue the PR company and the Ghanian actress. Mercy Johnson also got heaving bashing from bloggers when she said she had two of the same dress worth about $10,000 (USD)
Relationship: Nothing like it! No matter the situation, you have to create a relationship with writers. It doesn’t have to be too close but it must exist. They call and ask questions even defend you.
Don’t blow Mr. Hot or Miss superstar, remember most of this   reporters knew you when you were coming up.  Don’t wait till a negative story about you is published.And don’t look down on anyone. Perhaps this is one of the reasons , Mercy Johnson lost a multi million Naira deal with a telecom company. If the relationship had been there, the news publication that caused her misfortune on the glo deal would not have been in circulation. After all most people knew that it was a malicious story by a fellow actress who accused the actress.
THANK YOU: Learn to say thank you: it matters even if you don’t know the writer, when good things are being said about you, take time to say “Thank you’ it matters.I have seen celebrites cry after one or two things, have been written about them, losing deals worth millions of in the process.
You can sue! Yes you can, but remember the irreversible damage that would have been too.
-More coming up! 3 Responses to "MISTAKES CELEBRITIES MAKE WITH THE MEDIA"