FUNKE AKINDELE BAG OF SURPRISES IN RETURN OF JENNIFER 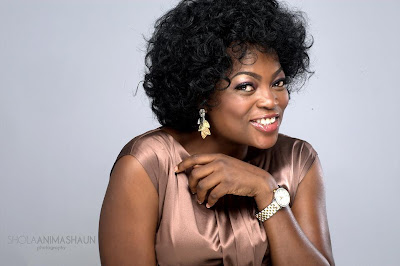 Actress and Glo Ambassador, Funke Akindele has lots of surprises up her
sleeves for her highly anticipated movie, The Return of Jenifa (TROJ).
One of the many surprises is the fact that the actress will be flaunting her
dance style, a side many didn’t know she has. Her dance choreographer on set
was famous dancer and dance instructor, Kaffy.
TROJ will be released in August and will be in cinema from August 26
courtesy Nigeria’s number one movie distributor, Blue Pictures.
According to the actress’s publicist, Bigsam Media, TROJ will exceed
whatever record ‘Jenifa’ set. ‘We have it on record that Jenifa sold over
eight million copies which exclude the pirated copies taken abroad and we
believe TROJ will overtake that record and set another one. The kind of
effort that was put into the production of the movie is unequal. The DOP, DJ
Tee, cast and crew, budget, and standard applied have not been seen in
recent times. Asides all these, the storyline is refreshing and different.
This is one movie that will break cinema record and set a new one’.
The cast for the movie include Funke Akindele, Banky W, Kaffy, Eldee,
Freeze, Eniola Badmus, Yinka Quadri, Whizkid, Antar Olaniyan, Mercy Aigbe,
Ronke Oshodi Oke, Denrele Edun, CD John, Helen Paul, Naeto C, DJ Zeez and
many others. Video link