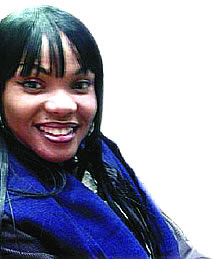 Yoruba actress,Iyabo Ojo has denied ever having anything intimate to do with Lagos politician,Senator Musiliu Obanikoro.I am not dating him,she said.

Iyabo also warned people to stop running their mouth by saying she got her new car, a Range Rover sport as a gift from Obanikoro. People should leave me alone as I don’t even know him,the actress told Encomium’s Stella Dimoko Korkus.

Iyabo Ojo who is currently smiling in fortune based in her new taste and class has become the talk of most of her friends and foes in the industry.

Iyabo confessed she has a man in her life but he is not Obanikoro. She also noted that she bought the Range Rover with her money when she travelled to the US in March 2012.

Aside the powerful ride,Iyabo also lives in a well furnished duplex in highbrow Omole Estate. Trust,The babe has also upgraded her dress sense.

Obanikoro had been linked to Lola Alao,another yoruba actress in the past but he denied it,describing the story as baseless and unfounded.