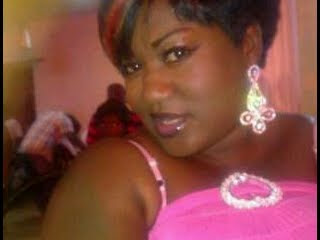 Contrary to speculations that Bisola delivered the baby for a popular fuji musician known for his globe trotting,gistmaster.com gathered that she and her husband,Olasukanmi are still very much together.They are both joyous about the blessing of the new born child.

The couple lives on Governor road,in ikotun area of Lagos. A source who spoke to gistmaster.com disclosed that “Its not true that she delivered a baby for any fuji musician.She is still very much with her husband.People should stop talking rubbish.I can confirm to you that they both live in their flat owned by Koko Zaria,the deputy to MC Oluomo of Oshodi.

Meanwhile some of her friends and fans have started sending congratulatory messages in her direction.