A baby girl from the Ivory Coast, born with four legs and two spines, has finally returned home from the United States after undergoing a complex surgery. Dominique underwent a six-hour procedure involving five surgeons in Illinois back in March to remove limbs of a parasitic twin from her back. 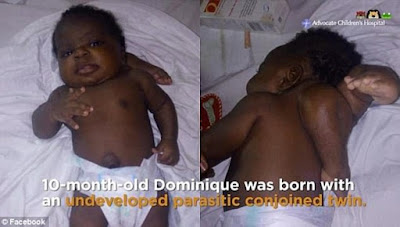 Video showed the reunion on April 20 with her parents and three sisters at Abidjan International Airport in the Ivory Coast.

Speaking to reporters, the 11-month-old’s grateful parents thanked the American doctors and charity that helped their daughter.

‘I never thought that I’d see my daughter like this today…It really is a miracle,’ her mother said in French. ‘Thank you to the American people who helped my little Dominique, who allowed her to have a normal life, like other children.’

Dominique was born with a parasitic twin, an identical twin that fails to fully separate in development. 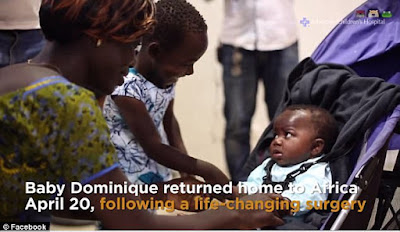 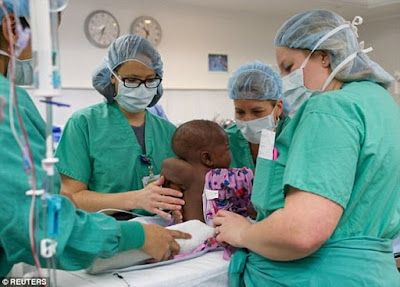 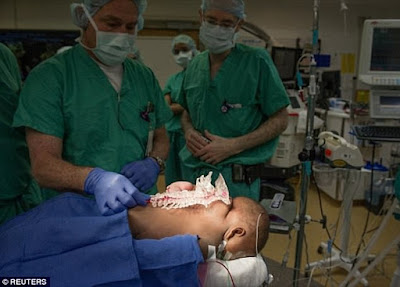