Yesterday evening, French presidential candidate Le Pen had security authorities on high alert, with rioting expected across the country in protest due to her election success. More than 50,000 police and gendarmes were deployed to the 66,000 polling stations for Sunday’s election… 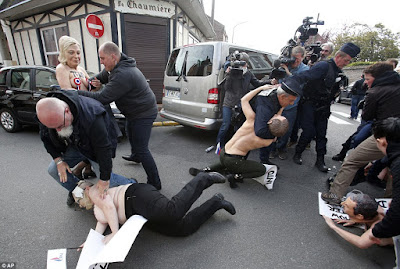 However, initial election results triggered riots across the country, initially sparked in Paris’ Place du la Bastille, the birthplace of the French Revolution, tonight against the Le Pen’s National Front.

The crowds of young people, some from anarchist and anti-fascist groups, gathered in eastern Paris as results were coming in from Sunday’s first-round vote. 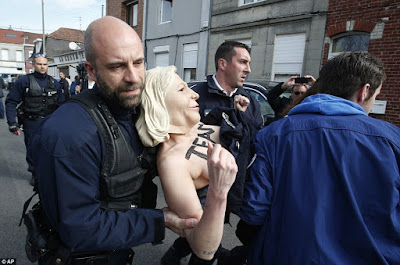 Protesters have greeted several of Le Pen’s campaign events, angry at her anti-immigration policies and her party, which she has sought to detoxify after a past tainted by racism and anti-Semitism.

Femen activists with masks, including one wearing a mask of Marine Le Pen, were arrested and detained as they demonstrate in Henin-Beaumont, northern France where Le Pen voted during the first round of the French presidential election… 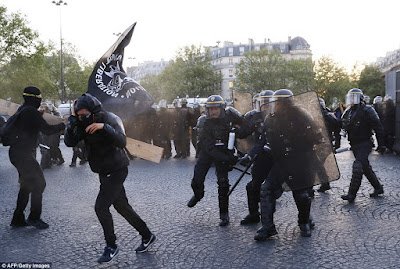 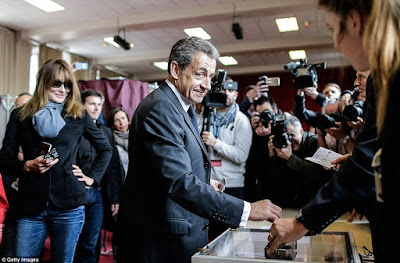