Footballer Punches Opponent In The Face As Fight Breaks Out During Match. Photos 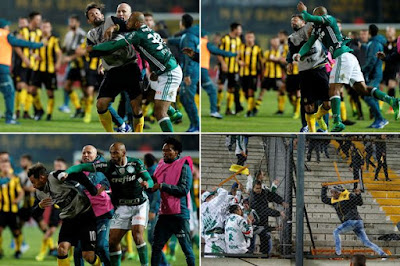 At half-time, the hosts were leading the encounter 2-0, but a superb second half comeback from the visitors saw them win 3-2.

Following the turnaround, violence erupted both on the pitch and in the stands.

The 33-year-old, once an Arsenal target, was spotted throwing two punches at an opposing player – with the first connecting cleanly.

Melo was then chased by several members of the opposition. Riot police were forced to intervene.

Leading up to the clash, the Palmeiras midfielder had accused Penarol players of racist abuse and warned he would not back down when they met.

In the stands, fans from both sides clashed – with as many as 30 arrested. 18 police officers were injured throughout the course of the night. 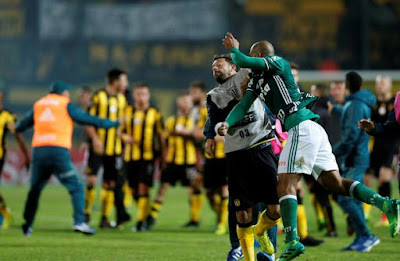 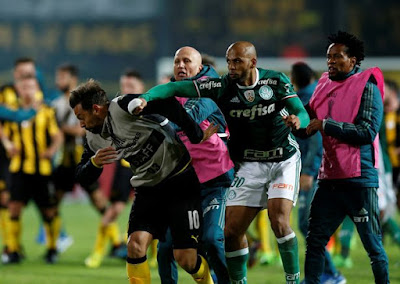 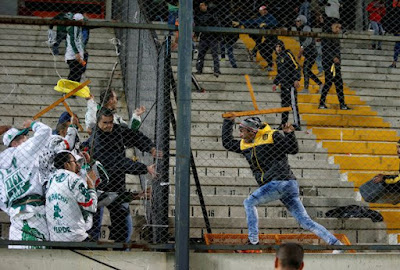 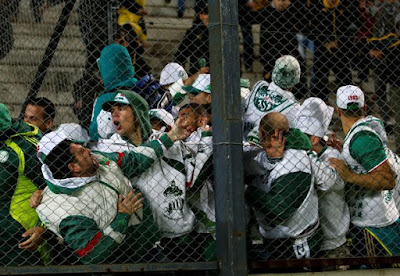 Footballer Punches Opponent In The Face As Fight Breaks Out During Match. Photos added by Gistmaster on April 28, 2017
View all posts by Gistmaster →

Makarfi to Buhari: PDP’ll keep you on your toes
How Could The Love Of Her Life Throw Her Over For A Cougar?!
Much Ado About Pay-per-view
Kannywood couple Sani Musa Danja & Mansura Isah celebrate 10th wedding Anniversary! (photos)
Please suspend strike, Prof. Jibril Aminu appeals to ASUU