Man Parading Himself As Brother Of Police IG Arrested In Minna

A middle-aged man, has been arrested in Minna for parading himself as the “brother” of the Inspector General of Police (IGP) Ibrahim Idris. Minna is the capital of Niger State where Idris hails from. The suspect, whose real name is Baba Muhammed, was arrested at the Sauka-Kahuta area of the state after duping an unsuspecting member of the public. 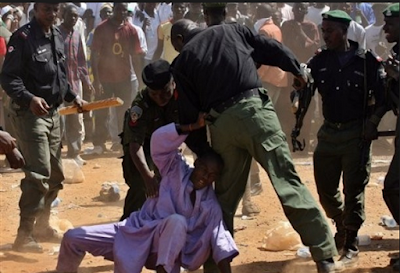 Elkana in a statement revealed that Baba Muhammed had told his victim that his brother the IG wanted to give out a N250 million contract and that if he could part with N380,000, he would help facilitate the contract for his company.

The victim, the police narrated, paid the money but after sometime, he could neither get the contract nor refund of his money, prompting him to report the case to the police.

Elkana said investigation into the incident had commenced while the suspect would be charged to court soon.

He advised members of the public to be wary of fraudsters and report any to the nearest police station.

Man Parading Himself As Brother Of Police IG Arrested In Minna added by Gistmaster on April 21, 2017
View all posts by Gistmaster →