Mother Burns Her Baby’s Hand With Fire To Get Revenge At His Father. Photos

A mother has been banned from seeing her one-year-old son and charged by police after she allegedly filmed herself torturing the boy to get revenge on his father. Sickening footage shows the terrified baby wailing as his hand is burned with a lighter, he is hit in the chest and is taunted by a woman while he’s strapped into a car seat. 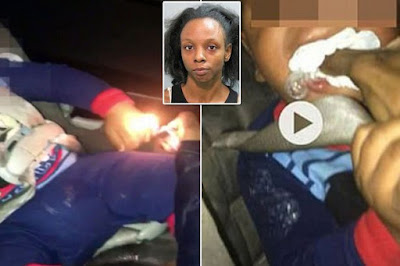 In other videos the child appeared to have trouble breathing as a plastic carrier bag was stuffed in his mouth and then placed over his head and tied in a knot.

It was claimed that the boy, Jaiden, was abused by his 23-year-old mother, Jamelle Peterkin, because she was upset that his father had a new girlfriend.

Peterkin, from the US city of Humble, Texas, was charged with child endangerment and barred from seeing the boy while she is free on bail following a court appearance. 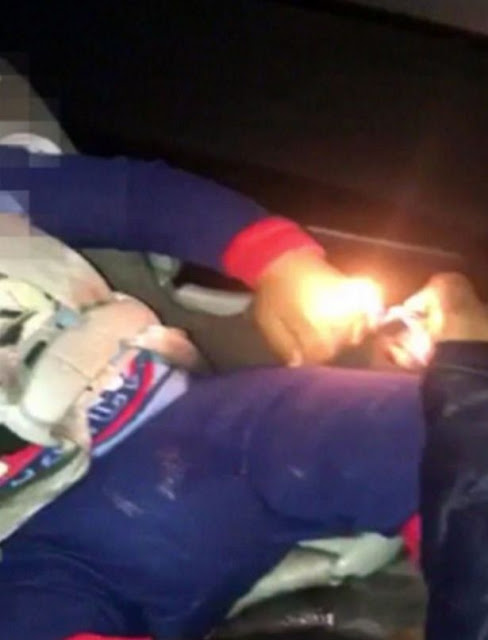 Ra’Neicha Broadnax, the boy’s paternal aunt, told CW39 NewsFix that she alerted police after 64 videos of the child being abused were sent to her brother’s mobile phone.

In one of the videos a woman says to the child: “Tell your daddy that’s what happens when you sit around and play with people.” 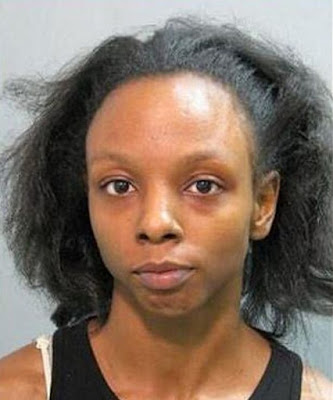 Broadnax, who lives across the country in Virginia, called police after her brother’s girlfriend found the videos on his phone. 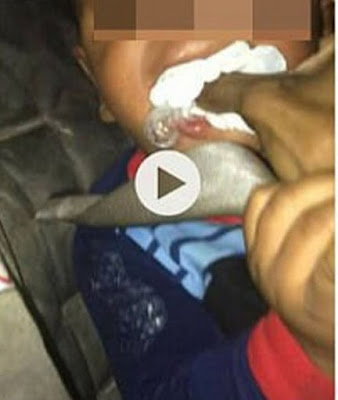 Mother Burns Her Baby’s Hand With Fire To Get Revenge At His Father. Photos added by Gistmaster on April 19, 2017
View all posts by Gistmaster →