Governor Kashim Shettima on Tuesday led key stake-holders and elders from Chibok ‎community to the DSS Medical Centre where the Governor’s delegation met with the 82 schoolgirls freed by Boko Haram three years after their violent abduction at Government Secondary School, Chibok, Borno State in April, 2014. The Governor’s wife, Nana Shettima was also at the centre to meet the girls. 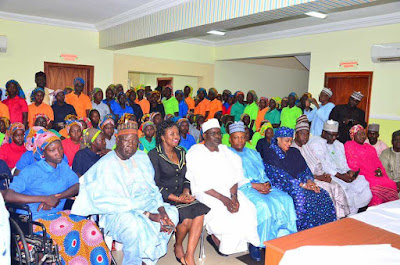 The Governor was received by the Minister of Women Affairs, Mrs Jummai Alhassan and the Chief Medical Director of the Department of State Services Medical ‎Centre, Mrs Ann Okorafor.

Excited Minister of Women Affairs, Mrs Jummai Alhassan revealed that although the 21 girls freed by the insurgents in October, last year, have been under the ‎custody of the Federal Government and undergoing rehabilitation, Governor Kashim Shettima has been making financial contributions to the Federal Ministry of Women Affairs to co-fund the rehabilitation and skills acquisition programmes. 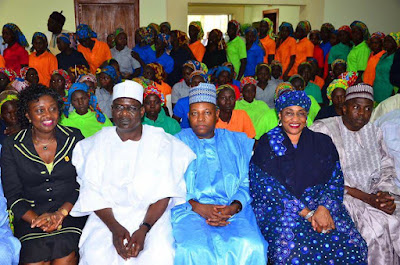 Governor Shettima told the girls that he was so full of joy and looks forward to receiving their remaining counterparts still being held.

The Senator Mohammed Ali Ndume and representative Asabe Vilita Bashir, both representing local government areas that include Chibok addressed the girls separately, thanking God for their return and calling on them to par for the return of others still in captivity. 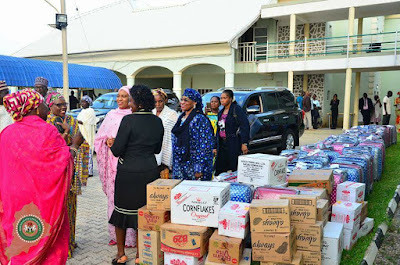 The District head of Chibok, the member representing Chibok at the Borno State Assembly as well as other stake-holders ‎from the community took time to speak to the girls in local languages to connect with their emotions. They all all praised God for their return and called on them to cooperate with physicians at the DSS Medical Centre.

Mrs Shettima’s with, Nana Shettima presenting boxes of clothing to each of the 82 girls as part of contributions to uplift their spirit. The Governor’s wife, who made several off camera visits to see the first set of 21 girls is expected to step up visits as the 82 girls undergo rehabilitation. 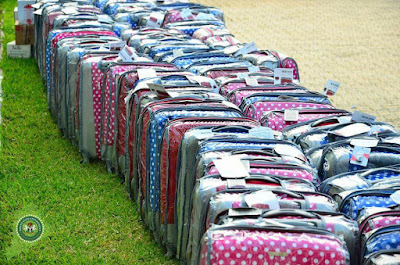 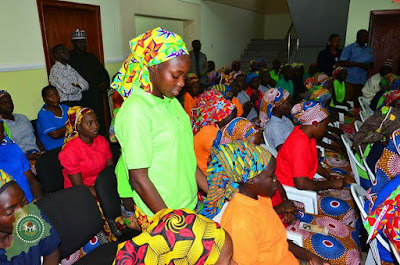