Cultists Nabbed During Initiation Activity At A Secondary School In Imo. Photos

On 10/05/2017 at about 06 50hrs, operatives of Orji Police Division received a distress call that a group of cultists were rampaging at Orji Comprehensive Secondary School during initiation activity and were shooting indiscriminately. 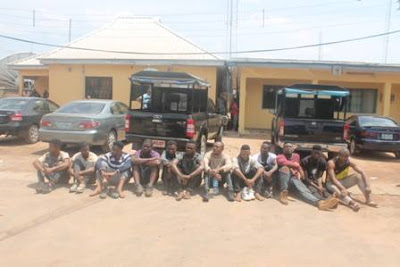 A combined team of operatives responded to the area. On sighting the police operatives, the hoodlums started shooting and fled to different locations. Thirty-one (31) suspected cultists were later arrested. The suspects are undergoing screening at the State Criminal Intelligence and Investigation Department (SCIID)

The State Commissioner of Police CP Chris Ezike who coordinated the operation averred that cult related activities is a top priority in his road map to fighting crime and criminality in the state. He stated that those arrested would be charged to court after investigation. 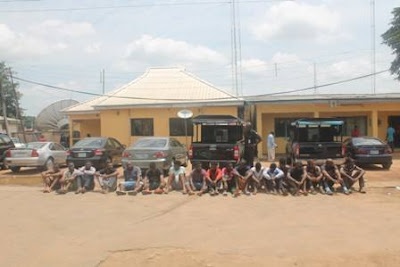 Cultists Nabbed During Initiation Activity At A Secondary School In Imo. Photos added by Gistmaster on May 10, 2017
View all posts by Gistmaster →