Man Who Abused Wife Sentenced To Read 2 Books That Explains Relations Between Spouses….

A Saudi national found guilty of hitting his wife has been sentenced to reading two books that explain relations between spouses in Islam. He will later sit for a test on what he learned from the books. The husband was also told to memorise five of the 30 parts of the Quran, and 100 sayings by Prophet Mohammad (PBUH), Saudi Arabic daily Al Madinah reported Monday. 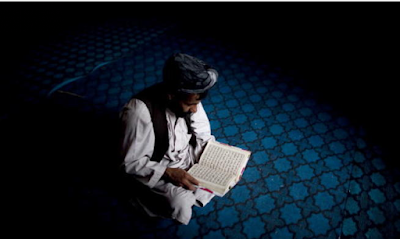 The husband was also ordered by a court in the Red Sea resort of Jeddah to give his wife 7,000 riyals (Dh6,854) and to make sure to preserve women’s rights.

The wife had complained to the security authorities after her husband hit her during an argument when she told him he should go hospital to visit his cousin while she sees her family.

The husband reportedly became angry over her wish to go out, hit her and caused her bruises.

Man Who Abused Wife Sentenced To Read 2 Books That Explains Relations Between Spouses…. added by Gistmaster on May 13, 2017
View all posts by Gistmaster →