Super Eagles’ technical adviser Gernot Rohr has called up 22 players for the camping programme in France and the international friendly match against Corsica. 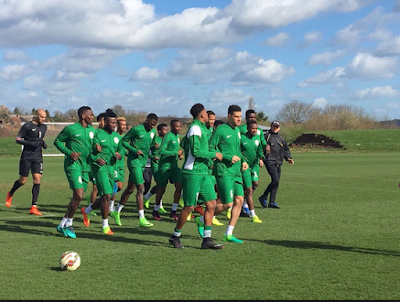 The three-time African champions will open camp in Corsica on May 24 and then play against the senior team two days later, before moving to Paris for the second phase of the camping programme ahead of the 2019 Africa Cup of Nations qualifier against South Africa.

Nigeria has not been beaten in a competitive game at senior level by South Africa since the Rainbow Nation returned to international football 25 years ago.

Both countries will lock horns at the Godswill Akpabio International Stadium, Uyo, on Saturday,‎ June 10.

Chelsea’s Ola Aina and Arsenal forward, Alex Iwobi, have been granted permission to feature for their respective clubs in the English FA Cup final on May 27 before joining the squad in Paris.