"My Ancestors Are Angry, I Want My Sacred Bones Back" — Female Traditional Healer Cries Out

A South African traditional healer (sangoma) has revealed that she wants her bones back after they went missing. 38-year-old Dimakatso Nomo, said that her traditional herbs and bones were allegedly stolen after her cabin was broken into four years ago! 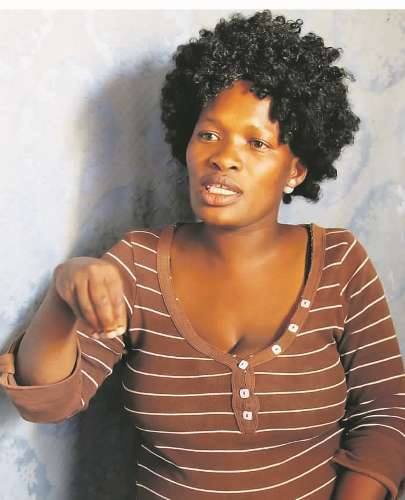 Dimakatso, has warned that there’ll be hell to pay if her bones are not returned.

“My ancestors told me to warn whoever stole my bones that there’ll be hell to pay,” she said. “In 2013, my shack was set on fire. After the fire was put out I noticed that all my belongings were missing.

“Among the items that were stolen were the attire I wear when consulting with my clients, my muthi, as well as my sacred bones. “A week before the fire, I dreamt that my ancestors were telling me I should move out because a jealous person was going to burn my shack down.”

She didn’t take the warning seriously until the fire broke out.

“A case was opened, but I haven’t seen any progress,” she said. “I opened a case at the police station, but I was later told that the investigating officer had died.”

Sergeant Sinah Mpakane, a police spokeswoman, said: “A case of housebreaking and arson was registered.

“The officer who was assigned to work on the case is still alive. “I would advise her to go to the police station and ask to see the station commander.”

"My Ancestors Are Angry, I Want My Sacred Bones Back" — Female Traditional Healer Cries Out added by Gistmaster on May 29, 2017
View all posts by Gistmaster →