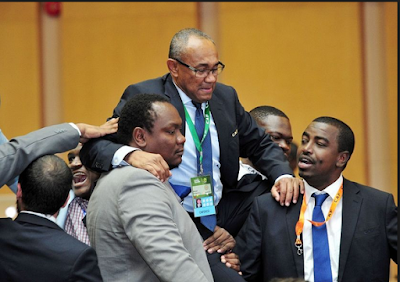 “I’ve refused a Caf salary for the simple reason it doesn’t respect good administration,” he told BBC Sport. “The salaries of all Caf employees, from administrators to the executive committee and president, all have to be transparent.”

The 57-year-old from Madagascar held his first senior Caf meetings on Monday ahead of the Fifa Congress on Thursday 11 May.

Key among the topics being discussed are how to reform Caf.

“The reform of the administration is a very important point – everyone must know what is happening” said Ahmad. “First we must review the standards of management so that we can apply the reforms.

Ahmad, who goes by a single name, says there is much work to be done – in lots of areas – to make Caf work “as it should.

CBN to continue supporting financial service penetration –Emefiele
Who will save Fashola?
Lagos set to clamp down on hotel owners, others over non-registration
New Censors Board Chief Pays Homage To Film Marketers, Veterans, Others
NDDC to end agitations for compensations over right of way