An operative of the Nigerian Security and Civil Defense Corps (NSCDC) last Friday opened fire on a doctor attached to the Federal Medical Centre in Yenagoa, Bayelsa State after the doctor allegedly hit a stray dog with his vehicle. It was learned that the doctor is currently receiving medical treatment for his injury. 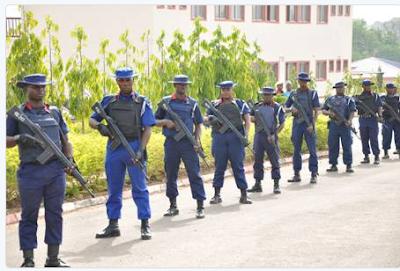 The Bayelsa Command of the NSCDC announced this on Tuesday, adding that it would not shield the offending officer.

It was gathered that a resident doctor was driving to work with his wife and two children when he suddenly struck a stray dog on the road.

An NSCDC officer then fired upon the doctor’s vehicle, although no one in the vehicle suffered gunshot wounds. He then took the doctor into a local NSCDC office where he physically assaulted him before taking him to a hospital.

NSCDC Bayelsa State Commandant Desmond Agu said in Yenagoa that the Commandant General of NSCDC has ordered an investigation into the incident.

He said that the NSCDC does not condone indiscipline amongst its rank and file and will ensure that its officers operate within its operational guidelines and rules of engagement.

“As we speak, the young man who allegedly perpetrated the act has been detained while an investigation is underway and if the officer is found guilty, he will be dealt with according to the provisions of the NSCDC guidelines.

“The incident is unfortunate and I have personally met with the victim, President of the Association of Resident Doctors, as well as the management of the Federal Medical Centre where the doctor works.

“I have assured them that the matter will be dealt with and they attested to the cordial working relationship we have enjoyed over the years,” Mr. Agu said.

Mr. Agu assured residents in the state that the NSCDC values the cordial relationship with members of the public and would seek to deepen the friendship and partnership with the people in its efforts to protect critical national assets located in Bayelsa State.

The victim, who preferred to remain anonymous, however, said that he was not hit by any bullets, adding that he was recovering from injuries he sustained.

“My car was riddled with bullets but none of the occupants was hit by the bullets. I am getting better by the grace God,” the doctor said from his hospital bed.

NSCDC Shoots Doctor For Allegedly Hitting A Stray Dog In Bayelsa…. added by Gistmaster on May 2, 2017
View all posts by Gistmaster →