Policemen from the Ipakodo division have arrested suspected killer of a family of three in Ibeshe Titun, in the Ikorodu area of Lagos State. It was learnt that the suspect, whose identity had yet to be ascertained, was arrested on Tuesday in the community. A resident, who asked not to be identified, said the suspect had been taken into custody and was being interrogated by the police. 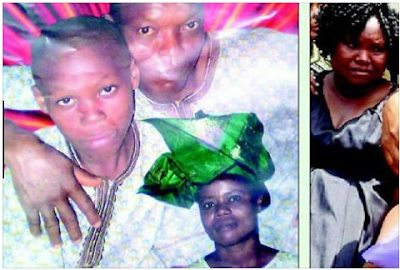 He said, “The man was arrested this morning (Tuesday) and he confessed to being a member of the gang that attacked and killed members of the family. He was beaten to a pulp by an angry mob as he also mentioned the names of their sponsors. We are hoping that he would not be set free.”

The couple, Lucky Ebhodaghe and Margaret Ebhodaghe, and their son, Jonathan, were killed in their home in April.

Jonathan, the only child of the family, was sitting for the WAEC when the incident happened.

It was reported that the assailants tore the window net and cut some burglar-proof bars to gain access into the house.

They were said to have inflicted machete cuts on the family members, leaving them for dead.

Neighbours were not aware of the incident until around 12pm the following day, when Jonathan’s friends and a teacher visited the residence to know why he was not in school for WASSCE.

The group reportedly met the house locked and peeped through the window, where they found the family members in a pool of blood.

The victims were said to have machete cuts, while Margaret was said to have been raped by the assailants, identified as Badoo.

The Badoo group is said to be responsible for the killings of many residents in the Ikorodu area.

Police Apprehend Suspected Killer of Deeper Life Family in Lagos. Pictured added by Gistmaster on May 3, 2017
View all posts by Gistmaster →