Here’s an update on the little girl, Khadijah Bashir, who was raped when she was 6 months old by her mother’s friend (see HERE). The suspected culprit reportedly hired 10 lawyers to defend him in court. The traumatized baby who is now 8 months old -is being treated at a hospital in Kano after undergoing surgery as her parents are unable to hire any legal representative due to lack of funds. 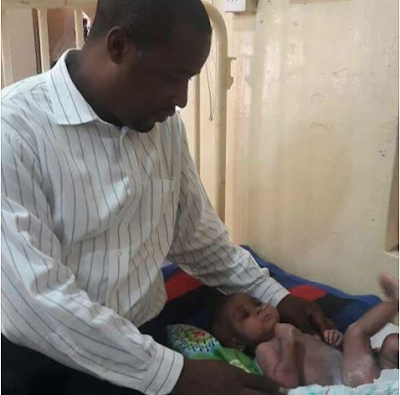 Read an update by Aishat Alubankudi who visited the baby in the hospital.

Today, I visited Khadija Bashir at Murtala Muhammad Teaching hospital. She is just 8month old and was raped at 6month by husband of her mother’s friend. I couldn’t hold my tears when Khadija’s father show me pictures of how she was brutalised by the rapist. She was bleeding and sperm was coming from her private part even after the surgery.

The culprits are currently in prison custody and they hired lawyers to cover their shame. They are also intimidating the father of the baby. 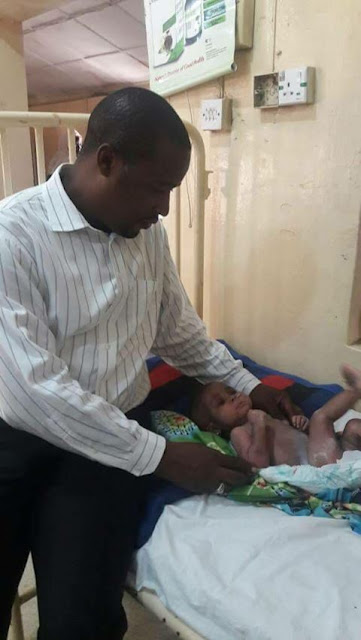 Her poor father is the one putting her medical bills and he need our assistance. Some NGOs in Abuja and Lagos have indicated their interest to help the parent. The help coming from Kano is discouraging.

We are calling on Kano state government, Civil society organisations and wealthy individuals to assist in anyway possible. 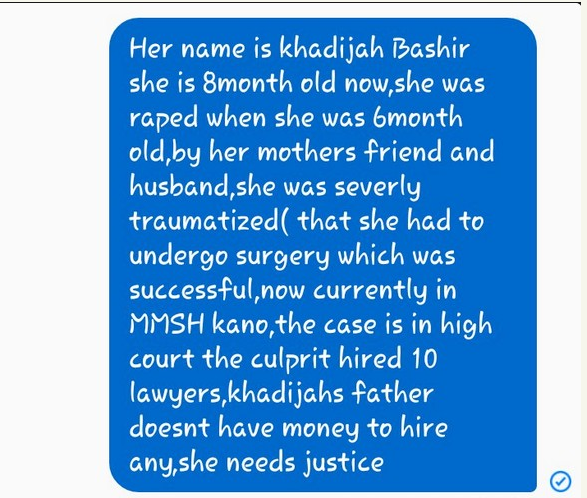 See New Photo Of 6-Month-Old Baby Who Was Raped By Her Mother’s Friend In Kano added by Gistmaster on May 2, 2017
View all posts by Gistmaster →