Somalia’s Public Works Minister Abdullahi Sheikh Abas has been killed after an attack on his convoy in the capital, Mogadishu. He was shot in his car near the presidential palace, local media said 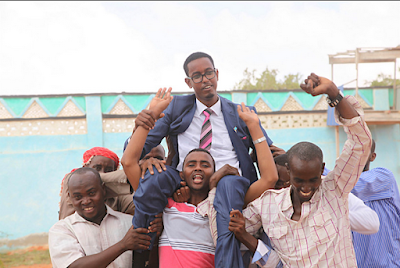 Mr Abas was a former refugee who grew up in Dadaab camp in Kenya, home to hundreds of thousands of Somalis who fled drought and civil war.

He became the country’s youngest MP last November, aged 31, when he defeated a former minister.

Much of Somalia is still under the control of Islamist militant group al-Shabab, which is affiliated to al-Qaeda.

The country held elections in February and Mohamed Abdullahi Farmajo became the new president in a surprise result.

Somalia’s Youngest Minister Shot Dead In His Car Near Presidential Palace… added by Gistmaster on May 3, 2017
View all posts by Gistmaster →