Three medical doctors today arrived in Abuja, Nigeria’s capital, to attend to the ailing President Muhammadu Buhari at the Presidential Villa, SaharaReporters has learned. The doctors, all British and Caucasian, are two males and one female, according to our highly placed source at the Presidency. 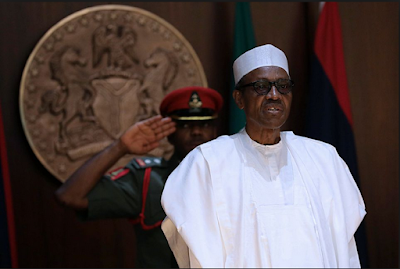 Mr. Buhari, who has not made any public appearance in two weeks, is described as greatly emaciated, according to two sources knowledgeable about his condition. Despite statements by the government a few days that the president had “resumed work,” Mr. Buhari remains holed up in his official residence.

Apprehension within the Presidential Villa about the president’s condition was heightened yesterday as the Chief of Staff to the President, Abba Kyari, was seen moving a lot of documents out of the villa. Our sources said it was unclear why Mr. Kyari made the move to take away documents to an unknown location.

A Presidency source told SaharaReporters that the National Intelligence Agency (NIA) has set up a “safe house” in Abuja where Mr. Buhari is being treated by a relay of mostly foreign doctors.

Even though President Buhari and his aides have refused to divulge the nature of his ailment, SaharaReporters learned several months ago that the Nigerian leader is ravaged by Crohn’s Disease, an intestinal disorder. He is also known to have prostate issues as well as age-related disorders, including early-stage dementia. Mr. Buhari’s official age is listed as 74, but he is widely believed to be much older.

One of our sources disclosed that Mr. Buhari was slated to leave Nigeria on May 10 for another medical trip to Britain. However, the arrival today of a new set of medical doctors to attend to him might be a further attempt by a cabal of some of his closest associates to frustrate his departure from Nigeria. Members of the cabal controlling events around the President include the Director General of the Directorate of State Security (DSS), Lawal Daura, Mr. Buhari’s powerful nephew, Mamman Daura, his Personal Secretary, Tunde “Idiagbon” Sabiu, a businessman, Isa Funtua, Chief of Staff, Abba Kyari, and Babagana Kingibe, a former Secretary to the Government who was the running mate to Moshood Kashimawo Abiola, the presumed winner of the June 12, 1993 presidential election.

Some members of the Buhari administration accuse the cabal of opposing Mr. Buhari’s foreign medical trip for fear that his absence would cost them political influence.

SaharaReporters learned that no “advance team” of aides has yet left Nigeria to prepare for Mr. Buhari’s arrival in London, another sign that members of the president’s inner circle, who pull the strings in his administration, continue to oppose such a trip.

Three Doctors Reportdly Arrive In Aso Rock To Treat President Buhari…. added by Gistmaster on May 4, 2017
View all posts by Gistmaster →