A man who claimed to be 146 years old and outlived all four of his wives has died in Indonesia. Saparman Sodimejo, also known as Mbah Ghoto, had an Indonesian ID card that claimed his date of birth was December 31, 1870. 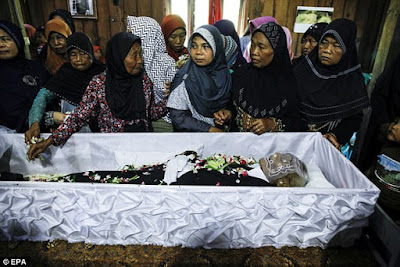 A heavy smoker, when asked last year about the key to his longevity, he said that patience was key and that he had enjoyed a long life because he had people who loved him that looked after him.

If his birth date is correct, it would mean that he was born in the same year as the Bolshevik leader Vladimir Lenin and a year after the Suez Canal opened. 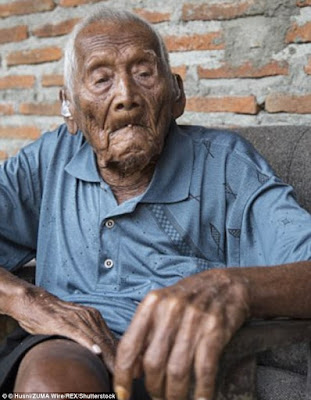 He will have lived through two world wars, resulting in the Japanese invasion of the Dutch East Indies, with seven British monarchs reigning in his lifetime. His remarkable life experiences made him a great story-teller in the village, with wars against Japan and Dutch colonisers making him a hero in his village.

He passed away in his village in the Seragaen district of Central Java, Indonesia and a funeral took place today. 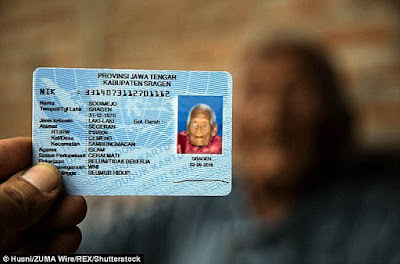 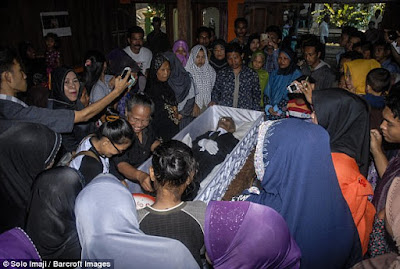 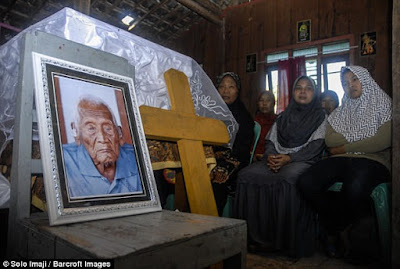 World’s ‘Oldest Person’,146, Dies In Indonesia. See Photos From His Funeral… added by Gistmaster on May 2, 2017
View all posts by Gistmaster →