Racism: SA filmmaker hospitalized after being pushed down stairs in Amsterdam (Video) 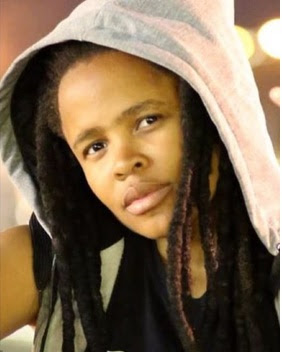 Filmmaker Sibalhe Nkumbi, who is studying in Europe, was in Amsterdam to review a friend’s art exhibition when the incident – which was caught on video – took place on Saturday.

She was checking out of her Airbnb late when the host lost his temper and threw her down the stairs. He had been summoned by his wife. In the video, he can be heard shouting, “Out, out”, before pushing her down the stairs. .
“We knew we were late,” she said in a video posted to YouTube today, having been discharged from hospital. “We heard the bell ring. The lady was clearly upset… she said this is not acceptable, you need to pack and leave now. I apologised profusely for us being late.” .
Nkumbi says she and her companions were in the middle of leaving when the woman returned with her husband, who was visibly angry and, she says, abusive. “I remembered asking, ‘Why are you being so emotional, we are leaving,” she says. .
She says that he called them “you people” and said “you are not the queen you think you are… this is not Africa. “Any person of colour that reads this and has witnessed racist attacks you know when it happens to you,” she says. .
“And the perpetrator always makes sure they say something vague… so they can’t prove anything. “If this had been a white person, I can guarantee you this would have turned out differently.” .
She says that she resolved to say nothing and was leaving quietly, when the man moved to grab her as she passed him on the stairs. .
“I don’t remember how it happened,” she says. “I woke up in hospital, in pain. And then I got the video of the story. Everyone was freaking out, the police came to question me.” .
Nkumbi says she sustained a concussion, has a large bump on the back of her head and is bruised across her face and body. On the video, she shows large bruises all over her arms that she says were caused by the man’s grip.

Racism: SA filmmaker hospitalized after being pushed down stairs in Amsterdam (Video) added by Gistmaster on July 11, 2017
View all posts by Gistmaster →