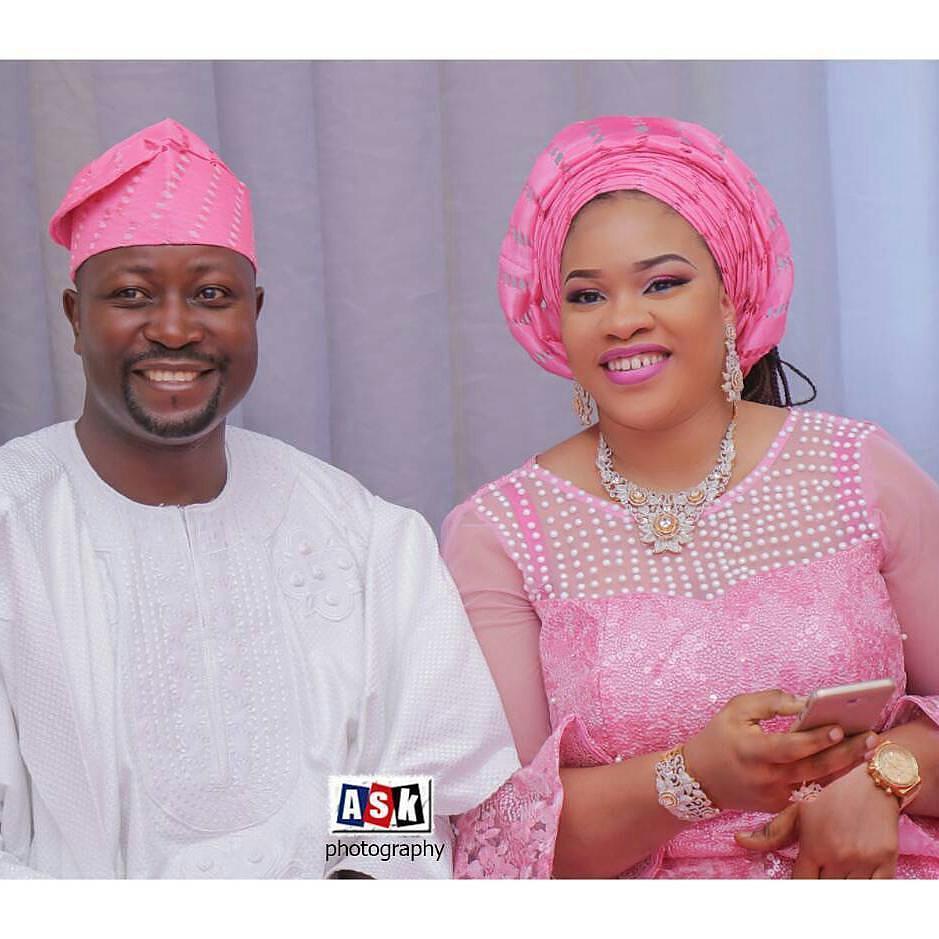 They have become an item on the social scene.Both are power dressers too and you cannot ignore them in a crowd.

Just invite Nollywood actress Mosun Filani to any party and she comes along with her husband.
The pair who loves each other and got married in 2012, is blessed with two children.

Kayode’s father is the late Senator Simeon Oduoye, a retired AIG who served as Military Administrator of Ebonyi and Niger states. He later became a senator and represented Osun Central in the Senate from 2007 to 2011. For a celebrity marriage that has become envy among her peers and colleagues, Mosun Filani, who is fondly called Yeye Alubarika, spoke exclusively to Kemiashefonlovehaven on what makes her marriage work:

She said, “There are many factors in making a marriage work and the first factor is the God factor. God is the only one that makes all things possible and He makes love to grow in the hearts of a couple for each other. 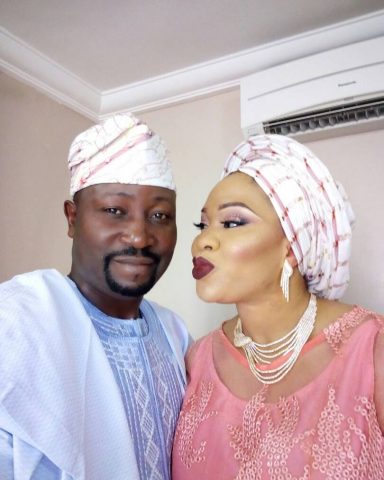 5 Times Actress Mosun Filani & Husband Made us Go Green With Envy added by Gistmaster on August 3, 2017
View all posts by Gistmaster →