Nigerian left back Elderson Echiejile seems to be rediscovering good form in time for the Africa World Cup qualifying series which resumes next month as Nigeria prepares to take on Cameroon in back to back games. 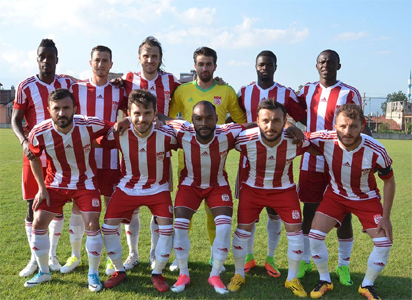 The former AS Monaco left back who just moved to the Turkish League on a one year deal with Sivasspor has hit the ground running after  two games having played full time in both games and claimed an assist in his second outing.

Speaking to Brila, the left back talked on how he has been adapting to a new environment after playing across different leagues in Europe.

“Life in Turkey has not really been easy especially with the language but we have a translator who has been helping me overcome it”,  he said. Echiejile revealed how he and Ghanaian international John Boye, are gradually creating a romance on and off the pitch.

“I feel at home already with the trainers already showing faith in my abilities, and that has reflected in my first few games in the team”.

He went on to talk about his assist on match week two for the first goal in Sivasspor’s win over Yeni Malatyaspor at the weekend.

“I have been trying it out with Kone in training and when I saw him in the box I flung the cross knowing he was capable of meeting the ball” he said.

He also revealed his delight at the way with which the fans of the club have readily made him settle.

Sivasspor, in recent years have had a few Nigerian players in their ranks and Echiejile hopes to achieve the same feats like them  by making his mark in the coming games.

“John Utaka and Mike Eneramo have been here and the club respect their contributions during their stint with the team , when you come into our locker room you will find their pictures hanging on the wall and I hope to follow their footsteps and make my mark in Turkey”.