Students admitted without post-UTME did not meet Unilorin standard — Mgt 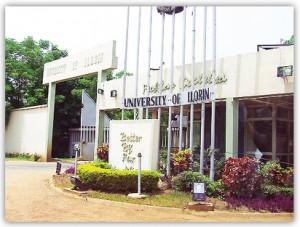 According to the university, those admitted without post-UTME did not meet the academic standard of the institution.

This was just as Bayero University, Kano, BUK, also rejected the Joint Admissions and Matriculation Board, JAMB, new benchmark of 120 as  the university’s senate pegged 180 as minimum cut-off mark .

Director, Corporate Affairs, UNILORIN,  Mr Kunle Akogun who disclosed this to journalists in Ilorin yesterday said that the decision would ensure quality in tertiary institutions’ education in the country.

According to him, the return of the Post-UTME would assist institutions of higher learning to maintain their standard.

“Most of the students admitted into the university without passing through the post-UTME screening did not meet the standard of the university,” he said.

He explained that if the students admitted last year had passed through post-UTME screening, the institution would have given them instructions on dress code and other dos and don’ts of the school.

He said: “What we have done in BUK is not in disagreement with what JAMB is requesting for, and don’t forget that 120 is just minimum and university has the authority to decide its minimum too.”

The Joint Admission and Matriculation Board (JAMB) last week released a new cut-off marks as minimum standard for admission into Federal, State and Private tertiary institutions in the country.

According to the admission board, universities are expected to admit applicants with minimum score of 120 while other institutions were pegged at 100.

Ahmed who insisted that the university justification also based on the volume of application and allotted quoter.

While maintained that 180 remain the minimum score, Ahmad insisted that the university would still sustain 200 and above for some courses including Medicine, Law and Engineering.

The university’s spokesperson hinted that courses like Hausa Language, English and other related courses would not be stepped down below 180.

On whether the decision would not affect the falling standard of education, Ahmed revealed that BUK’s cut-off marks has always fall between 200 and 180 saying the new scheme will not in any form affect standard.

Students admitted without post-UTME did not meet Unilorin standard — Mgt added by Gistmaster on August 29, 2017
View all posts by Gistmaster →