2 hospitalised after gas explosion in Lagos 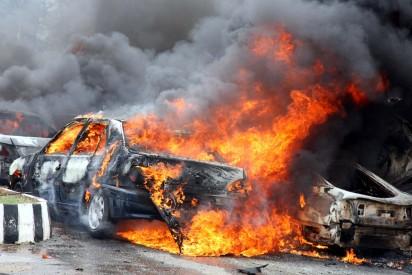 The explosion also affected part of the ground floor of a storey building at 12, Iya Omolere Street, Ogudu in the Local Government Area.

Details of the incident was scanty at press time, but it was learned that the incident occurred at about 6.20p.m., when one of the occupants, a female, attempted to light a gas cooker to prepare dinner before it exploded.

She was said to have been injured.

The ensuing fire was said to have escalated and affected a security guard at his duty post.

The post 2 hospitalised after gas explosion in Lagos appeared first on Vanguard News.