From spectacular performances by leading musical artistes including modern highlife maestro, Flavour, Timaya, Phyno, Di’Ja and Olamide, to masterful event flow management by the delectable Nollywood pair of Uche Jombo and Ebube Nwagbo, there was plenty to excite the huge crowd which turned up at the Castle Event Centre where the show took place. 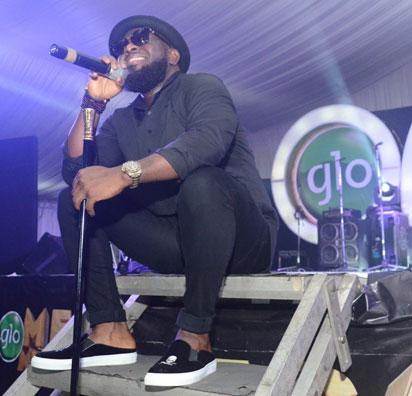 There were also four screen legends who turned up as celebrity guests and this added further glamour to the concert. They were Sani Danja, Victor Osuagwu, Patience Ozokwor, widely known as Mama G, and Richard Mofe-Damijo. Sani Danja who is highly popular in Kaduna and other northern states also thrilled the audience with some of his popular tracks.

Before the main event commenced, a chance was given to up-and-coming artistes to exhibit their talent. A number of them stood out, but it was the performance by the Arewa singer,  Classiq, which easily caught the eye.

After the budding artistes’ delivery came the headline acts for the night. Velvet voice singer, Di’Ja of Marvin Records, delivered the curtain raiser in stunning fashion. Being of northern descent, she easily established a connection with the audience with her mastery of the Hausa language. The crowd warmed up to her with loud cheers.

More excitement was to come with Chinedu Okoli, popularly known as Flavour. Flavour duly acquiesced and bared his body. The hall went up in uproarious   yells of admiration which re-echoed across the venue and into the city as he delivered his hit tunes.

The Nabania singer was followed by other Glo ambassadors, Timaya, Phyno and Olamide. The superstars proved why they are among the leading musicians on the entertainment scene with superlative performances of their popular tracks which kept the audience dancing away. Next in line to host Glo Mega Music Nationwide Tour is Enugu.

Kaduna ecstatic as Timaya, Olamide, Di’Ja thrill at Glo concert added by Gistmaster on September 3, 2017
View all posts by Gistmaster →