This is the second instalment of this report. The first part which was published yesterday, focused on the renewed vigour of the National Assembly towards passage of the PIB. 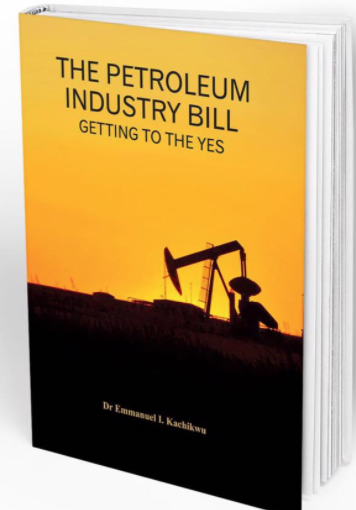 THE report recommended creation of Frontier Oil Services Agency in sections 193 to 217 to step up exploration activities in various Frontier Acreages of  Nigeria’s oil industry which comprises, among others, the Anambra, Sokoto, Benin, Chad and Benue Basins.

The Frontier Oil Service is to be funded through taxes from oil producing operations as well as national budgetary allocations in a dual funding strategy aimed at strengthening the agency and its operations so as to broaden government’s revenue base.

This is captured in section 209. Also,in the report, oil production measurement is to be made at the flow station and not at the point of export. Under section 116, the Petroleum Host Community Fund is created to benefit any community where oil facilities and installations such as pipelines, depots and refineries, are located.

The  Seventh House considered and passed the PIB in 2015 before it eclipsed. Unfortunately the Senate did not concur but re-introduced it in the 8th session of the National Assembly.

Nigeria has been losing trillions of Naira due to the non-passage of the PIB. Recently in a seminar the Minister of State, Petroleum Resources, Dr. Ibe Kachikwu, confirmed such massive loss to oil theft.

Further investigations by Vanguard INSIGHT revealed that within a period of four years in former President Goodluck Jonathan’s administration, Nigeria recorded a loss of over 1.4 billion barrels of crude oil and gas to theft. This came to public knowledge via a motion by Ehiozuwa Johnson Agbonayinma, representing Ikpoba Okha/Egor Federal Constituency in Edo State.

Cost of delayed passage of bill

EJ, as he is popularly known, is a US-trained estate management strategist and heads the ad-hoc Committee on Nigeria/US-Relations in the House. The motion that revealed high level of crude oil and gas theft was entitled: “Alleged stolen crude oil and gas from the Nigerian shores”. The motion came up on September 23, 2016.

He gave a brief breakdown as follows:

While making his presentation, he argued that Nigeria has no reason to borrow as, according to him: “We’ve so much undeclared crude that can be redeemed to regrow our economy. We can’t have such huge amount of money trapped all over the world and still be a beggarly nation”.

Giving a synopsis of the report, he disclosed that the Nigeria National Petroleum Corporation, NNPC, and the Nigerian Maritime Administration and Safety Agency, NIMASA, were among the agencies that were indicted. The company was contracted in 2013 by the administration of President Jonathan to proffer solutions to the challenges of crude oil theft.

Agbonayinma, in the motion, recalled that Molecular Power System was engaged to provide technical data (records of crude oil and liquefied natural gas lifting in Nigeria as obtained from the NNPC, and landing certificates at global destinations) to verify possibilities of non-declaration to the Federal Government by multinational companies.

“The data gathering of shipment to the USA for the period 2011 to December 2014 through critical NNPC data and the Central Bank of Nigeria, CBN, pre-shipment inspection report shows undeclared crude oil shortfalls of 57,830,000 MT of Nigerian crude oil, translating to well over $12 billion to the USA, also over $3billion to China, and $839,522,600 to Norway,” he said. These, according to Agbonayinm, were conclusively ascertained by buyers’ bill of lading, arrival dates, destination ports, quantity of crude oil and other documented information, a situation which he described as scandalous.

The lawmaker further noted that the data gathered showed a liquefied natural gas shortfall of 727,460 metric tonnes, estimated at over $461 million from shipments to seven countries. The revenue loss, Agbonayinma said, was traced to cargoes at each destination port of entry, and have been established as undeclared cargo.

He added that the tracing was found in 51 countries where Nigerian crude oil has been exported, with the US being the largest receiver of crude oil. The report from the US and that of other countries were made available to the former President, the Office of the Attorney General of the Federation and the Economic and Financial Crimes Commission, EFCC, he said. He did not stop there.

“The machines that monitor loading into the vessels were bought, owned, calibrated and operated by the International Oil Companies, IOCs, without monitoring,” he informed.

After listening to him, the Speaker, Yakubu Dogara, quickly set up an ad-hoc committee to dig deeper into Agbonayinma’s claims. Abdulrazaq Namdas, representing Adamawa, was named the chairman of the Committee to investigate this massive oil theft.   The Committee commenced investigations into the allegations, resulting in earthshaking revelations being made but it is yet to submit its findings before the House. A further probe into the matter also revealed that the US and India topped the list of major beneficiaries of Nigeria’s crude oil theft bazaar.