A SUPER TALENTED Nollywood actor and former Commissioner for Culture and Tourism in Delta State, Richard Moje Damijo aka RMD, has won the   Best Actor award at Abuja International Film Festival (AIFF) for the role he played in “Three Wise Men” a faith-based film production by Opa Williams.

“So I won the best actor for my role in Three Wise Men” at the just concluded Abuja International Film Festival. It couldn’t have come at a better time, as we wrap the #glolafftafest2017. It’s been a long comic ride since April. 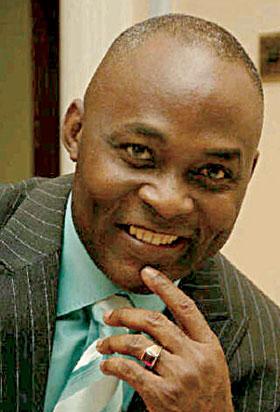 Laughter is good for the soul, and even the Bible acknowledges that a heart that is cheerful is as “Medicine for the soul” which is why I love to laugh and be merry. Like laughter, awards are good for the soul especially when they are not post mortem.

“People ask me why I still get excited over awards in acting since I have won tonnes of them. Well, yes I still get tickled by acting award, it’s who I am, it’s what I do and I absolutely love it.

It is my art and in it’s own way define me, so any recognition of excellence is a validation that on my lane, I do good work. I adore and totally respect those who do same in their respective fields because when it all comes down to it, really, it’s how we impact our little corners that count.

I am blessed and thankful that after thirty three years of doing this work, I still hunger to be better everyday, my name is Richard Moje Damijo, I am an actor, grateful for the liberty to express myself through my craft. Who are you?”