Anambra election – Some election observers, who monitored the governorship election in Anambra on Saturday have expressed mixed feelings over the exercise. 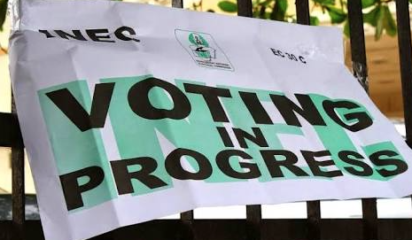 “Apparently, as at 10 a.m., 75 per cent of the polling units were opened while voting started about 30 minutes later.

“That is disturbing but as at 12 noon, 92 per cent of polling units were opened.

“We asked INEC to extend the deadline from 2 p.m to 4 p.m to enable people vote,” Itodo said.

The executive director also said there were issues with card readers being unable to authenticate finger prints, saying the development raised issue of integrity of the exercise.

According to him, it is too premature to make statements on voter turnout.

”We are still studying our data so as to make official statement on that later.”

Nwagwu said security agents have been civil and professional in their conduct, adding also that voters have equally behaved themselves.

However, he said there were high cases of “vote buying” recorded in some parts of the state.

Mr Harry Putker, an observer with the Embassy of Netherlands, said his group would make its observations public at a later date, which would include some minor challenges which INEC needed to work on.

Another observer group, the Nigeria Bar Association (NBA) Election Working Group told NAN in Onitsha that the exercise began on a good note as the process started early with arrival of materials.

“All the materials, including ballot boxes, card readers, result sheets are intact and working in good condition,” Coordinator of the group, Mr Adewale Ademola, said.

He also commended the presence of security personnel, saying “everything went orderly and was transparent”. (NAN)