Ollie, a Nigerian dwarf goat, kept at the Elmwood Park Zoo in Norristown, Pennsylvannia, United States passed away on Tuesday. 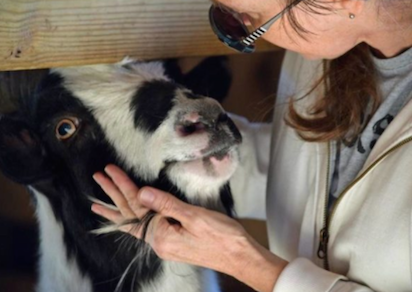 The goat was 15 years old, according to an obituary published by www.patch.com.

Given that the lifespan of its species is typically between 12 and 15, Ollie lived a long and happy life. the newspaper said.

Zoo officials said that Ollie passed away overnight from “complications that come with old age.”

Ollie has been a resident at the zoo since Aug. 4, 2003, when he arrived at the age of six months with his brother Duncan.

According to the zoo, Ollie was beloved by both staff and guests for his kind and loving nature.

Nigerian Dwarf Goats are native to West Africa, where they originated as a miniature dairy goat. They grow to around two feet in height.

In May this year, the Police in Winnebago County, Wisconsin declared another Nigerian dwarf goat, named Cinnamon, missing. The police never reported its recovery.