An ailing 76-year-old Benjamin Okoye, who was abducted last Friday in Abia State, was, yesterday, rescued from his captors’ hideout at Okpukwu Umuobo Area of Aba town by operatives of the Inspector-General of Police Intelligence Response Team, IRT. 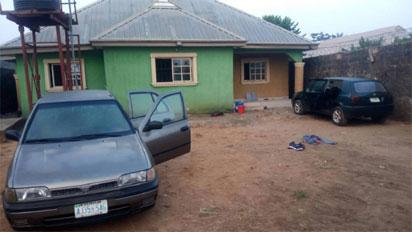 Six suspected members of the gang were subsequently arrested, with four of them sustaining bullet wounds while attempting to escape.

The rescued septuagenarian, said to be hypertensive, was abandoned in a three-bedroom bungalow, without his drugs.

During preliminary investigation, members of the gang were discovered to be ex-convicts, who confessed to having formed the gang while in the prison.

Upon abducting Okoye, his captors reportedly demanded a ransom of N80 million and negotiation was still ongoing when operatives, who acted on a tip-off, arrested two suspected members of the gang.

Police sources told Vanguard: “On December 18, in a follow up to the kidnap of Elder Benjamin Okoye in Aba, Abia State, IRT operatives deployed by the Inspector General, Ibrahim Idris, swung into action and eventually arrested two of the kidnappers in Aba town.

“They took combined teams of IRT operatives and CP’s Aba Police personnel to the kidnappers’ camp at Okpukwu Umuobo, where the three bedrooms house, rented and used for keeping victims by the kidnappers, was raided.

“The victim, a hypertensive patient, was found in one of the rooms without his drugs. He was subsequently rescued.

“Four additional kidnappers were arrested with bullet wounds inside the house as they attempted to escape.”

During interrogation, the suspects disclosed that they had so far abducted eight victims within Abia State since they started operating two months ago.

Four of them revealed that they formed the gang from the prison. They added that they recruited two other members of the gang immediately they finished serving their jail terms in October.

Two AK-47 rifles, as gathered, were recovered in a special compartment constructed under the gang’s operational Golf car.

The suspect, according to the Abia State Police Command, had a kidnap network that covers Abia, Imo, Anambra, Ebonyi and Enugu states.

While parading the suspects at the command’s headquarters on Bende Road, the command’s boss, Mr. Anthony Ogbizi, said information received by the command revealed that one of the victims kept in the kidnappers’ den had died.

The victim, whose identity could not be immediately ascertained, reportedly died following torture from his captors over the inability of his relatives to provide the ransom.

An angry Ogbizi asked the suspects “now that your victim has died, what have you gained”?

But there was no response from either of them.

Ogbizi revealed that the victim was recovered sick and was rushed to the hospital, where he died. He explained that the kidnappers kept the man for eight days, without his drugs and that his plea for them to help him get his drugs fell on deaf ears.

He said: “One of them kicked him on the rib; the left  region, wich was still giving him very sharp pains before he died.

“He died from the beating he received from these animals in human flesh.”

Ailing septuagenarian rescued 3 days after abduction in Abia added by Gistmaster on December 19, 2017
View all posts by Gistmaster →