Energy drink producers are now positioning their products based on product innovation and repackaging at backdrop of rising concern over consumers’ health.

The health concern has to do with the sugar and alcohol content, as well as caffeine content, a chemical believed to be responsible for increased risk of heart disease due to the significant impact it has on a consumer’s blood pressure and stress hormones.

Consequently, the brands are now claiming to have reduced these seemingly offensive concerns. But despite the  reductions the  products  have remained in controversy due to their cardiovascular risk, as the producers have not deemed it necessary to warn  consumers  or even state the composition  of the chemicals in their products labellings. 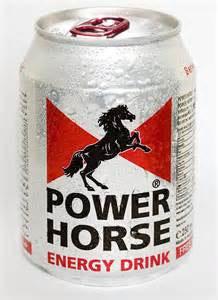 To compound the issues, experts say there is little or no regulation of energy drink sales in Nigeria  by food authorities,  which has led to some  deaths as a result of overdose  in some cases. The demand for the products is said to be  growing as a result of rising population and increased marketing appeals to sensual benefits. Also, number of  energy drinks in  the market is increasing correspondingly.

Product innovation and  repackaging  taking place in the  energy drink  market has also forced the producers to bring the  products closer to consumers, through the  direct marketing approach, as  well as adopting the in-door display  methods in stores to attract consumers’  patronage.

The  producers  have also adopted  event sponsorship to connect the products  with  the    consumers, for  example,  Redbull, Monster  Energy  sponsorship of  extreme  sports like Mountain climbing,  MotoGP to a few  others,  and  Power  Horse  sponsorship  of seminars  and some other  sports events.

Most of the brands that dominated the market and spurred competition are imported.

Others include  Hero  energy  mint,  Hot kiss, Hell, Sparks, AMP, Energy  to  mention  but a few that  have  helped to raise  competition in the market.

Of these numbers,  Redbull,  Power  Horse, Monster  Energy,  Shark  and  Hot kiss  have emerged top of the mind products according  to consumers’ preference rating.

Red Bull  has the highest market share of the energy drinks in the  Nigerian  market according  to distributors’ sales book cited by VanguardCompanies & Markets, C&M. The  C&M,  findings show that most of the producers have also started displacing middlemen, including distributors by delivering the products to the retailers with their distribution vans.

C&M  noticed that the strategy has helped the producers to reach the consumers faster and improved their sales margin.

Findings by  C&M  also show that the  energy drink  industry is expected to witness strong growth driven by the huge population of young people and the expansion of mass grocery retail channels in the urban areas. Consumers have their likes for the brands. Some consumers prefer the brands for their smell, smoothness, alcoholic or non-alcoholic content, and non  presence  of caffeine.  Price is not usually major consideration in buying decision since the prices are relatively in close range.

Most consumers who responded to questions on their preferences favouredRedbull  and  Power  Horse    followed byMonster  Energy.

But the reason most of them gave was because these brands are readily available at roadside stores as  well as superstores.

However, a  consumer,  Andrew  Ojelu, said he prefers  Power  Horse  because  it  gives  him the satisfaction  he needs  in an energy drink. “The taste and  smoothness in the mouth  gives  satisfaction,” he stated. Another consumer, Michael  Nok, stated that he is a loyalist of  Redbull,  prefers it to  other  energy drinks, due to  its advert, “Redbull  gives  you wings.” A  superstore attendant, at  ShopDirect, from her observation  said  Power  Horse, Redbull  and  Monster  Energy  are doing  better than others in the shop.

A distributor,  who claimed to sometimes supply some of    the superstores, said  the three brands are leading the market.

Experts say a research by the Mayo Clinic published in the Journal of the American Medical Association suggests that drinking around 450ml worth of an energy drink significantly increases a person’s blood pressure and stress hormone responses, which could in turn increase the risk of cardiovascular events.

Confirming the above, a medical practitioner in Lagos who does not want his name in print, said: “Until now, we haven’t known exactly what effect these energy drinks have on the functioning of the heart. There are concerns about the products’ potential adverse side effects on heart function, especially in adolescents and young adults, but I think there should be proper regulation of energy drink sales.”

He also stated:    “Highly-caffeinated energy drinks, even those containing no alcohol, may pose significant threat to individuals and public health.”  No responses from  marketers of  the  brands as at  the time  of filling this report.