Ambode explained that soft skills were interpersonal relationship etiquettes that if exhibited by the students, would endear them to multinationals recruitment among others, or partner those well skilled among them. 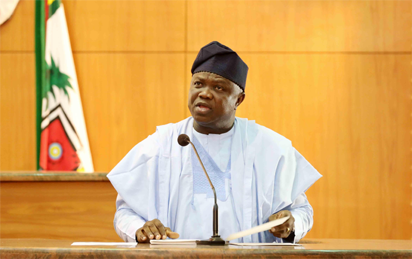 According to the governor, the introduction of the Soft Skill at the Year 2017 Pens Down ceremony for over 120 teachers that retired from Education District 1, held at the Nigerian Union of Teachers, NUT, Pavilion, Ikeja,

Ambode said: “The focus of my administration is to ensure that students have vocational and technical skills for life after school. And to boost these skills, we have introduced soft skills, which deal with their character and other things that can assist them become successful individual in future. We believe that the introduction of the skills will assist students compete favourably with their peers globally. That is our target. We do not want to produce students that can only operate within the state.”

On reason for the introduction in Secondary schools, he stressed that it was to ensure the students inculcate the skills before either gaining admission into tertiary institution or for those that would want to establish their own businesses after graduating from any of the Technical Colleges in the state, to have the skills.

Ambode, who was represented by the Tutor-General/Permanent Secretary, Education District 1, Dr. Oluyinka Ayandele, stressed that the state government was combining both to ensure academic excellence in Lagos.

Lagos introduces soft skills in schools to tackle unemployment added by Gistmaster on December 20, 2017
View all posts by Gistmaster →

TETFund Grants IBB University N30m For Research
He might be a grandpa, but he’s better than most young men
Breaking: Justice Ademola retires as FHC Judge
Oh Dear! Checkout properties valued at N2.6b of Diezani Alison-Madueke forfeited to the FG (Photos)
It is possible we are out of recession- Adesanya