The Edo State Government has charged residents in the state to keep to good hygiene and dispose of waste responsibly as they celebrate the Yuletide. 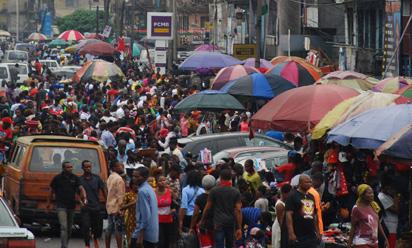 In a statement signed by the Director/Board Secretary, Edo State Waste Management Board, G. I. Ehon, the state government said the directive was pertinent due to the large volume of waste expected during the festivities.

He said that the state government has set up a three-man taskforce to enforce the directive, noting, “The team will monitor and assist the public in waste management matters, to ensure prompt evacuation of waste as well as strict adherence to laid down rules.

He noted that the call was in line with the clean and green initiative of the state government.

According to him, “as we celebrate the Yuletide and New Year, Edo State Waste Management Board hereby calls on all residents to adhere to the principle of cleanliness by clearing their immediate environment and disposing waste properly.

“This is to sustain the clean and green environment initiative of the state government. Sustainable environment is a policy trust of this government and we would want residents in the state to keep the environment clean even as they go about the celebrations.”

Noting that the board is aware of the volume of waste expected from the different activities that characterise the season, he said, “We advise citizen to imbibe the culture of good hygiene.”

He added that violators of the environmental sanitation law will be sanctioned.

Yuletide: Edo Govt tasks residents on cleanliness, sets up taskforce added by Gistmaster on December 24, 2017
View all posts by Gistmaster →